The condition of your birth doesn’t determine the outcome of your life. The job of government is to secure our rights so that we can make the most of our lives. My concern is that we’re starting to lose a little bit of that.

It reads like you’re running for President. Are you?

The economy is adding jobs, health care costs are declining, and the deficit is shrinking. What’s so bad about the way the country’s going?

It’s the worst economic recovery since World War II. We should have slingshotted out of this recession. We have a small temporary aberration in our deficits only to be seen with much higher deficits in the near future, according to all fiscal authorities, and we’re not preparing for that.

You’ve been spending some time in black neighborhoods. What is the typical reaction there to a white Republican Congressman?

They’re happy to see me. They haven’t seen a Republican in many years. I want to hear what they’re going through, but I also want to hear how they’re successfully beating back poverty. The federal government shouldn’t be the front lines of that battle. It should mind the supply lines.

With the situation in Ferguson, Mo., Rand Paul suggested that we need to demilitarize the police. Do you agree?

I don’t exactly know what he means. Do our police tactics need to be reviewed? That’s something we should look at when the dust settles. But to rush to judgment with some broad-brush assessment on all law-enforcement tactics is a little premature.

Your book says the U.S. should offer a probationary right to work to current illegal immigrants. Isn’t that an amnesty?

It’s far from it. This gives people the ability to get right with the law, pay a fine, pay back taxes, learn English, learn civics, assimilate, be gainfully employed. And during the five-year period I proposed, the government has to do its job. It has to secure the border. It has to have a tracking system in place so we know if a person overstays their visa.

So, Big Government watches them?

You think that’s Big Government? Most countries do this. You want to know who’s coming and going. But at the same time, let’s recognize that we’re a nation of immigrants. They’re critical for our economic well-being.

Pope Francis calls capitalism an “economy of exclusion” and advocates for a redistribution of wealth. Is he wrong?

What I think he’s trying to get at is to make sure that you have real bottom-up capitalism, so that you don’t have an economic system where the deck is rigged for the powerful and the connected and that you have open markets with no barriers to entry.

Who do you see succeeding John Boehner?

You’d have to put Jeb Hensarling high on the list. I prefer the policy-chairmanship route. [Speaker of the House] is a good job for an empty nester.

Do you ever ask Boehner not to smoke?

No. But I try to sit as far away from him as I can in meetings that I know are going to be stressful. I just hate getting that smell in my clothes. 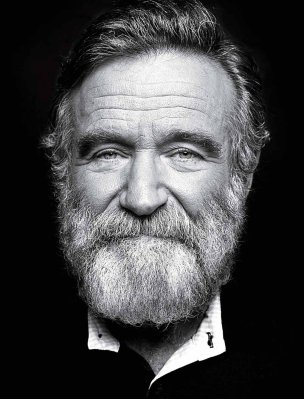 10 More Questions With Robin Williams
Next Up: Editor's Pick