Review: Colorless Tsukuru Tazaki and His Years of Pilgrimage

I’m an outlier on Haruki Murakami, I know. He’s widely beloved, but the persistent flatness of his prose and the passivity and blankness of his protagonists have always irked me, all the more so because said passivity and blankness in no way deter other characters from wanting to sleep with them. But what intrigued me about his latest novel, Colorless Tsukuru Tazaki and His Years of Pilgrimage, is that it’s explicitly about that blankness. He cops to the emptiness of his hero right up front: “Everything about him was middling, pallid, lacking in color.”

Tsukuru is a 36-year-old engineer who designs train stations. He lives in Tokyo and is unmarried and virtually friendless. He’s content in his work but dogged by a sense that he has no personality. “I basically have nothing to offer to others,” he thinks. “I don’t even have anything to offer myself.” In high school, he had four close friends, each of whose last names contained a word for a color. His didn’t. One day, with no explanation, they told him they’d never speak to him again. That abandonment has haunted Tsukuru ever since. His girlfriend Sara–whose attraction to him is, once again, hard to explain–says he will never be a whole person until he finds out what happened. So he unearths his old pals–and their secrets.

By delving into the past, Tsukuru delves into his own blankness to see how deep it goes, what it means and what it might be concealing. He starts to wonder if he was blank only to himself, if his friends saw qualities in him that he couldn’t. Maybe what he saw as absences, they saw as positives: he wasn’t blank; he was calm, polite and relaxing to be around. And psychoanalytically speaking, there’s no such thing as blankness–it’s a sign that something has been buried that the conscious mind thinks it can’t face. “You can hide memories,” Sara says, “but you can’t erase the history that produced them.”

Tsukuru does find out why his friends turned on him, but I won’t spoil it. The question is whether in the process he becomes a whole person. Murakami tells us he does–but I’m not convinced. Tsukuru excavates a mountain of drama and backstory out of his blankness, but he still stares at it just as blankly. I know other readers can see color in the white space, but to me Murakami’s prose remains just as flat and Tsukuru’s affect remains just as empty. Maybe I’m just color-blind. 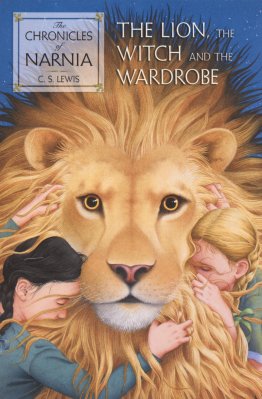 The 5 Greatest Fantasy Novels of All Time
Next Up: Editor's Pick