The Evolution of a Narcissist

I was once a Sociopath. I didn’t know it, and wouldn’t have cared much even if I had. It’s hard to say exactly when I crossed the line from incivility into social savagery, but it was probably the day I tried to clobber a strange man on the head with a boat.

In fairness, the boat was a toy (though it was a big one, made of heavy plastic). And in fairness too, I was only 4 years old. Still, I had a clear idea of the crime I wanted to commit, and I set about carrying it out with quiet deliberateness. The man was a stranger. He had come to our house to pick up a babysitter and was sitting in our den while she collected her things. I didn’t know if he was the sitter’s brother or husband or even father. What I did recognize immediately was that he was bald.

I had never seen a bald head up close before, and I stared at his mesmerizingly shiny scalp, which surely made him uncomfortable. I found myself speculating that if having hair protects the top of your head from cuts or bumps, not having hair must make you extra susceptible to pain and injury.

The idea intrigued me, and the only way to test it was to run an experiment. I had an available subject and, looking around, I realized I also had the necessary equipment: the toy boat lying on the floor. I picked it up, raised it above my head and advanced on the unsuspecting man. He had been looking away but finally turned his attention toward me and realized what I was up to. “Uh, uh, uh,” he scolded. “No, no, no.”

I hesitated, he held out his hand, and I gave him the boat, then walked off to busy myself with other things. I felt absolutely no remorse over what I’d nearly done.

Small children, by their very nature, are moral monsters. They’re greedy, demanding, violent, selfish, impulsive and utterly remorseless. They fight constantly with playmates and siblings but scream in pain and indignation if they’re attacked in return. They expect to be adored but not disciplined, rewarded but never penalized, cared for and served by parents and family without caring or serving reciprocally.

“It’s an evolutionary imperative for babies to be selfish and narcissistic at birth in order to get their needs met,” says developmental psychologist Mark Barnett of Kansas State University. “Life is set up so that they get what they have to get to survive.”

Early psychologists made the same point. In a 1914 essay appropriately titled “His Majesty the Baby,” Sigmund Freud wrote that the earliest stage of a baby’s life is defined by what he called “primary narcissism.” Freud, who could find sexuality in a bowl of chicken noodle soup, found it here too. “We call this condition ‘narcissism’ and this way of obtaining satisfaction ‘auto-eroticism,'” he wrote.

Calling babies’ survival-based behavior true narcissism is, of course, nonsense. Babies are moved not by greed and guile but by the primal need to live to the next day–a pretty good reason to behave selfishly.

Lack of empathy is easily the most important of the baby traits that can later become one of the narcissist’s traits, and in many ways it is the hardest for babies to overcome. Not only does the mind of the infant not fathom the feelings of others; it doesn’t even fully grasp that people or things continue to exist once they pass outside the baby’s sight or hearing.

A 6-month-old who drops a spoon from a high chair will not look for it down on the floor because of the assumption that if it has passed out of view, it has passed out of the world. For the same reason, infants don’t experience separation anxiety the same way toddlers do. Adults are perishable, interchangeable, flashing out of existence like subatomic particles the moment they leave the room.

When children do start to grasp the concept of object or person permanence, usually at about 6 months, it often shows in the first green shoots of empathy–understanding that someone else is sad or suffering. Even then, however, the baby will behave egocentrically. “A small child will try to comfort his mother the same way he would want to be comforted,” Barnett says. “That may mean giving her his teddy bear or some other toy he likes.”

Some scientists have observed empathic sparks in babies who are much younger. At 1 or 2 days old, Barnett says, babies react differently to the sound of a baby crying in a nearby crib than to a recording of a cry, even if the two sounds are indistinguishable to the adult ear. The brain may be hardwired to tease apart the genuine and the counterfeit and to respond more sensitively to one than the other. “There’s a sort of emotional mimicry going on,” Barnett says. “This isn’t true empathy, but it’s a start.”

The Tot Wants What It Wants

Lack of impulse control is another big part of both the baby’s and the narcissist’s temperament. The ability to want something and not take it–or at least to put off taking it–is something we struggle with our entire lives. Play must come second to work, indulgence must yield to restraint–lessons some of us never learn.

“The heart wants what it wants,” said Woody Allen in a supremely narcissistic moment as he blithely explained his decision to ditch his longtime partner Mia Farrow in favor of her 21-year-old daughter.

“Well, that’s what I did” is how Ponzi king Bernie Madoff responded to a fellow inmate who offered the hard-to-argue-with opinion that stealing money from old ladies was a “f-cked-up thing to do.”

The idea that desire equals license comes factory-loaded in all of us, as Stanford University psychologist Walter Mischel showed beginning in the 1960s. His landmark study in impulse control became known as “the marshmallow test.” Working with a group of 4-year-olds, he offered each of the kids a deal: they could have one marshmallow right away or, if they waited 15 minutes, they could have two. He then left the room–with a single marshmallow in easy reach of each child.

A remarkable two-thirds of the 4-year-olds held out for the full 15 minutes, but it wasn’t easy. They distracted themselves by singing, talking aloud, looking away from the marshmallow or even covering their eyes. When Mischel returned, they got the promised reward.

Maybe the kids who succeeded at the test were innately strong-willed, or maybe they got lucky, but if it was indeed luck that was involved, the experience taught them an indelible lesson. When Mischel and his colleagues followed up with the same children 14 years later, he found that the ones who had done well on the marshmallow test scored higher on behavioral tests that measured social effectiveness and the ability to cope with frustration. They also scored, on average, 210 points higher on their SATs than the kids who’d jumped at the single marshmallow so many years earlier.

A final and indispensable element of narcissism is lack of remorse. It’s hard to be a glutton for goodies or a manipulator of people if you feel lousy afterward. Far better to remain numb to the wrongness of your behavior if you plan to keep it up.

A wonderfully revealing study conducted in 2009 by University of Iowa developmental psychologist Grazyna Kochanska explored just how early toddlers begin to display remorse and what they do to manage that feeling. Kochanska and her colleagues assembled a sample group of 57 children, all roughly 2 years old, and gave each one a toy. The children were told that the toy was very special, that it belonged to the experimenter and that she had had it since she was a baby. That was not true. The toy was special in just one way: it was rigged to break into pieces the second the child touched it. When it did, the experimenter responded with a carefully calibrated expression of distress, saying only, “Oh my.”

For the next 60 seconds, the researcher would watch. Some of the children seemed untroubled. Others would be visibly upset, covering their eyes, turning away, hugging themselves for comfort. It was in some ways a nasty bit of research, though the long minute of suffering did end, and it was followed by an equally staged absolution. The experimenter collected the pieces of the toy and left the room promising to get it fixed. She would then return with a duplicate toy, this one in perfect working order. As with the follow-up findings for the marshmallow test, the kids who showed the most discomfort during the exercise exhibited fewer behavioral and academic problems later in life than the ones who shrugged off the busted toy.

They Grow Out of It … Mostly

The narcissism that babies exhibit is a simpler, coarser kind than what shows up in adults, and in the majority of kids, it’s a phase that passes. By kindergarten, children are already learning that the world will indulge them only so much and that there are limits to their behavior–though it’s a lesson that must be learned straight up through the teen years.

What causes infantile narcissism to refine and sharpen itself into the dangerous adult form is not certain. There is, certainly, a heritable component. A 2000 study of identical twins showed that when one member of the pair was narcissistic, there was a 77% chance the other would be too–something that was not true of fraternal twins, whose genes are no more similar than those of other siblings.

Other theories include what’s called the mask model of narcissism, the idea that the self-absorption and egotism of the narcissist are a pose to mask their opposite: a deep well of self-loathing and low self-esteem. An opposing theory is that the grandiosity of the narcissist is just what it seems: a consuming self-regard, perhaps fostered by overindulgent parents.

In some cases, therapy helps–if the narcissist is willing to sit still for it, which many aren’t, since it’s in the nature of the condition for them to think they know more than the shrink. Like other personality disorders, narcissism may also simply mellow a bit with age.

Sometimes, however, it is a cradle-to-grave affliction, with family members, co-workers, lovers and others paying a price. We are all the unsuspecting bald man in the narcissist’s world. Too often, the blow falls before we’re quick enough to stop it.

Adapted from The Narcissist Next Door by Jeffrey Kluger (Riverhead, 2014)

Are You a Narcissist? Take the Quiz Here. 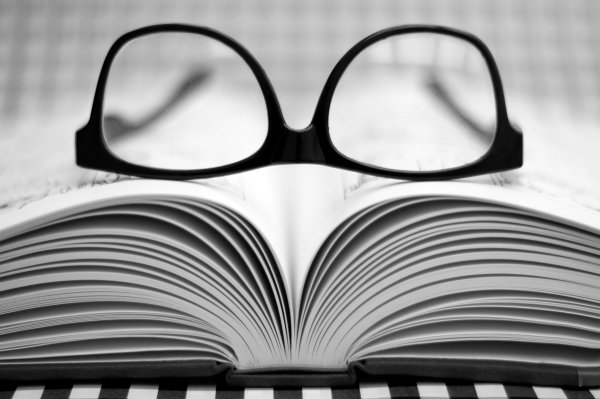 5 Secrets to Improve Learning and Memory
Next Up: Editor's Pick