Blood Transfusions Could Reduce Strokes in Kids With Sickle-Cell Anemia

Under a high magnification of 8000X, this scanning electron micrograph reveals red blood cells in a 6-year-old male patient with sickle cell anemia.
Media for Medical—UIG/Getty Images
By Melissa Hellmann

A new trial involving nearly 200 children with sickle-cell anemia found that monthly blood transfusions could reduce the chance of strokes by more than half in children who have the condition, according to U.S. News.

Sickle-cell anemia — a disorder in which red blood cells adopt a rigid, sickle shape that blocks flow, causing strokes and other complications — is most common in children of African and Central or South American descent. According to the U.S. National Heart, Lung and Blood Institute, 1 out of 500 African-American children in the U.S. is born with sickle-cell anemia. “Silent strokes” — which lack discernible symptoms but have also been known to reduce a child’s IQ — affect 30% of those with the condition.

Researchers involved in the study, published in the New England Journal of Medicine, used an MRI scan to identify 196 children ages 5 to 15 with a history of silent strokes, and gave about half of them monthly blood transfusions over three years. Out of the group that had monthly blood transfusions, only six had another stroke during the study, in comparison with 14 children in the control group who had another stroke.

Allison King, a co-author of the study, explained in a statement released by Washington University School of Medicine that the blood transfusions helped to increase the number of healthy red blood cells and “lower the percentage of sickle-shaped cells in the patient’s bloodstream.”

The team stressed that all children with sickle-cell anemia — which was previously thought to be untreatable — should be regularly screened for signs of silent stroke. “Now that we have identified a viable treatment option, early detection of silent cerebral strokes should become a major focus for clinicians and families of children with sickle-cell disease,” Michael Noetzel, a chairman of the study’s neurology committee, said in a statement.

Researchers added that additional long-term studies were needed to determine whether regular blood transfusions could also prevent reduced IQ, which was not a focus of the study. 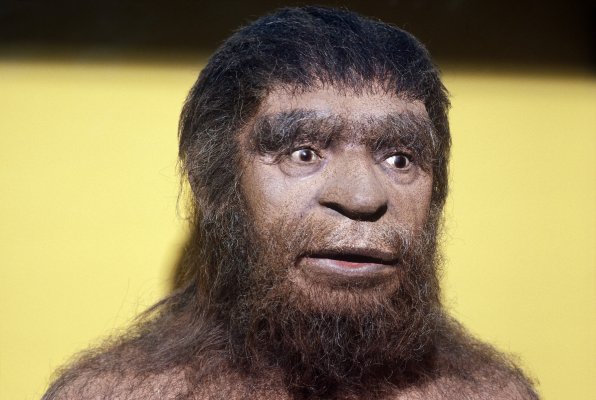 Humans and Neanderthals Were Actually Neighbors
Next Up: Editor's Pick