Rick Perry Digs in for a Fight

Rick Perry isn’t going quietly. In fact, he says he’s not going anywhere at all.

The Texas governor pleaded not guilty Wednesday in the abuse-of-power case against him, waiving a formal arraignment that had been scheduled for Friday and signaling again his readiness to fight a prosecution that he has decried as a “farce.” This after Perry, who just days ago was barnstorming Iowa as he weighs a 2016 presidential bid, strode up to the Austin courthouse here on Tuesday to be booked and fingerprinted—and looking every bit the congenial, confident, quintessentially-Texan politician he has played with success for 30 years.

“I’m here today because I believe in the rule of law,” Perry said after having his mugshot taken Tuesday for booking.

“Like a true West Texan, in the face of adversity Rick Perry is doubling down and meeting his critics head on,” Rice University political scientist Mark Jones said. “Unlike most politicians facing indictments, Perry is reaching out to the media as opposed to running away from it.”

That approach led Perry’s lawyers to hold a briefing on Monday at an Austin hotel, unveiling a stellar team of star lawyers, and advising the media well in advance Tuesday that the governor would be turning himself in for the obligatory mugshot. After the booking, like the good Texan that he is, Perry made a point to thank the Travis County sheriff’s deputies who booked him—evoking a contrast with the torrent of abuse an intoxicated Travis County District Attorney Rosemary Lehmberg unleashed on deputies and jail guards when she was booked on a DUI charge in April, 2013.

Perry’s response to a video of Lehmberg’s tirade, which prompted calls for her resignation from both Democrats and Republicans, is at the heart of the indictment against him last week. Prosecutors say he abused his power by threatening to veto funds for the Public Intergrity Unit she heads if she didn’t resign, an assertion that Perry and even some liberals have warned constitutes prosecutorial overreach into policing even the most basic posturing in modern politics. But Lehmberg is also at the center of Perry’s public relations strategy so far.

“If I had to do so, I would veto funding for the public integrity unit again,” Perry told a cheering crowd of supporters Tuesday. “I’m going to fight this injustice with every fiber of my being. And we will prevail.”

For Perry, this is a black hat-white hat YouTube range war, with a vodka-guzzling, out-of-control, drunken Democratic prosecutor on one side and a self-styled champion of the people and the rule of law on the other. Perry’s political action committee, RickPAC, unveiled a new ad Tuesday featuring, of course, the Lehmberg video.

“Governor Perry’s public relations strategy is to present this indictment as one blow, low and foul, in an ongoing fight between a disgraced, partisan, Democratic, district attorney and a Republican governor fighting for common decency, the rule of law, and the sanctity of the Texas Constitution,” said Cal Jillson, a political scientist at Southern Methodist University and longtime observer of Texas politics. “This framing is working pretty well, especially among Republican leaders and activists, but it is at best a short term strategy that will be of no use at all if the case goes to trial.”

Perry’s only hope of remaining a viable presidential candidate for 2016 is to get the charges dismissed before trial, Jillson said. “But if he goes to trial, there will be weeks of testimony from Austin insiders describing in most unappetizing terms precisely how the political sausage was made,” Jillson said. “If that happens, it will make Chris Christie’s ‘Bridgegate’ troubles look like a walk in the park.”

Some Democrats have pressed the argument that Perry’s attempt to dethrone Lehmberg was aimed at derailing an investigation into connections between Perry campaign contributors and the Cancer Prevention and Research Insitute of Texas (CPRIT). But other Democrats see the indictment as baseless, including David Botsford, a prominent Travis County Democrat and a member of Perry’s legal team. He was the first to greet Perry at the podium with a handshake and an embrace Tuesday.

Perry’s legal team is a mix of colorful, political, heavyweight and well-connected lawyers. Botsford is regarded as a top criminal lawyer in Texas, but also someone who knows the inner workings and politics of the Travis County courthouse. Lead lawyer Tony Buzbee, who said the Perry prosecution is an example of “banana republic politics,” is a charismatic Houston plaintiff’s attorney. Also on the team are two star Washington attorneys—Ben Ginsberg, who represented President George W. Bush in the 2000 Florida recount, and Bobby Burchfield who has led the Republican National Committee’s successful legal fight against a key campaign finance law. The goal is likely to get the indictment thrown out as quickly as possible, and to get the case moved out of Travis County, where the judges and the majority of jurors are Democrats

While Perry’s stellar legal team plots the maneuvers ahead, Perry needs to focus on a different jury, political analysts say. “The principal problem for Perry is not so much how the indictment is being viewed by Republican caucus and primary voters in Iowa, New Hampshire, South Carolina and elsewhere, but rather the doubts it is creating about Perry’s political future among major donors as well as political elites whose endorsements Perry needs to be viable, especially in the early caucus and primary states,” Jones said.

“Both the donors and elites are thinking far more about the long game of winning not only the GOP primary, but especially the general election, and are quite likely to view the indictment, regardless of merit, as a significant political liability,” Jones said. “If Perry cannot get the charged dismissed, the indictment will be a dark cloud following any Perry 2016 presidential campaign.” 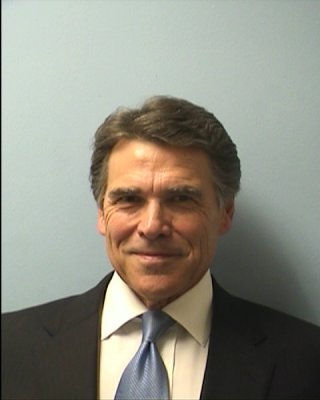