Idiot Fakes Own Death to Get Out of Wedding Because Idiot

It was to be a transatlantic love story worthy of the big screen, but instead of Hollywood romance it ended more like a slapstick comedy.

Alex Lanchester, 23 and British, was set to marry her American fiancé Tucker Blandford, 23 and terrible, on August 15. The couple met in Connecticut in 2012 while Lanchester was studying abroad in the U.S. and Blandford proposed before she returned to the UK. They planned their wedding but as the big day approached she got the call that changed—and let’s be honest, possibly saved, because this dude seems like a creep—her life.

“Alex, this is Tucker’s dad. There’s no easy way to say this,” said the voice on the phone. “I am sorry to say that Tucker is dead.” It was Tucker spoofing his dad’s voice in order to fake his own death, reports the UK’s Mirror.

Lanchester says she then called Blandford’s mother, who of course didn’t know what she was talking about.

“All I ever did was love him,” she said. “After this I’m not sure I can trust a man ever again”—a course of action that might be a good idea considering her record of judging character.

Blandford confessed to a reporter over the phone that he is “a terrible, awful person,” so he’s making some progress in the truth-telling department. “I know I shouldn’t have told her I was dead, but I didn’t know what else to do,” he said, according to the UK’s Daily Mail.”

“At the time I just felt like I couldn’t tell the truth and thought if I could just postpone everything it would be better,” Blandford said. Because if there’s one thing we know about death it’s that it isn’t forever. Nice plan, bud. 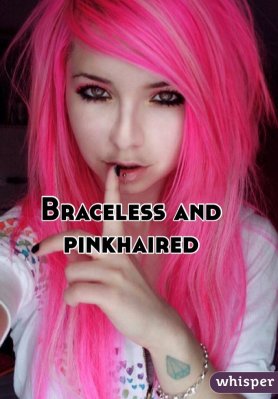 Summer Confessions: Weight Loss, Finding Love and 11 Other Stories of Change
Next Up: Editor's Pick