The Secret to a Viral Ad? Just Make It Really, Really Terrible On Purpose

Unless your wifi has been down, chances are high that you’ve already seen a truly awful ad for Missouri’s East Hills Shopping Center — complete with off-pitch singing, singsong chanting about “boots and pants,” fluorescent green words and clothing so synthetic that it’s one lit match away from bursting into flames.

“Please don’t debunk this for me, I need to have faith in something during these trying times,” my friend Jordan wrote on Facebook, voicing the collective prayer of the snark-loving people of the internet as they click the video’s play button over and over and over again. (Actually titled “Terrible Mall Commercial,” the spot has been viewed on YouTube more than 1.5 million times in less than three days.)

While the commercial is, in fact, a real back to school ad for the Missouri mall, the man who made it knew exactly what he was doing.

“The whole time we pitched this idea we said, ‘maybe it will go viral.’ And it did,” Suddenlink Media’s Chris Fleck told a local FOX affiliate. Mr. Fleck said. “If you can entertain and get your message in, you’ve accomplished your goal. I just love that it’s getting this much response. That’s what commercials do, they get response.”

And this isn’t Fleck’s first rodeo. Here’s a spot in which Cecil Myers of Cecil Myers Mitsubishi raps his way into your heart:

“If you talk to [Meyers], he’ll tell you that I made him famous,” Fleck said.

This begs the question, is something that is terrible on purpose still terrible? Has this ad, sparkling as the bedazzled jeans it promotes, lost its luster?

“It makes me feel like throwing my computer out a window, or inventing a time machine and destroying ARPANET,” my friend Jordan said upon finding out.

The Mad Men of the digital era have been creating intentionally bizarre ads, made to go viral, for years. Rhett and Link, the ad duo behind the 2011 hit for Ojai Valley Taxidermy, even got a TV show on IFC entirely about creating strange local commercials for small businesses.

But while ad producers might be calculating, the local businesspeople who actually star in this particular breed of ads maintain a sweet sincerity.

Real East Hill Mall tenants starred in the back-to-school spot, and they don’t appear to be in on the irony when they’re touting their purchases by chanting “backpacks, backpacks, come get your backpacks.”

“It’s insane — the fact that it was even on YouTube is crazy to me,” Tyson “boots and pants” Huff-Garza told FOX 26. “It’s super funny, very cheesy and gets the point across.”

We might all be pawns, but you have to appreciate that craft. 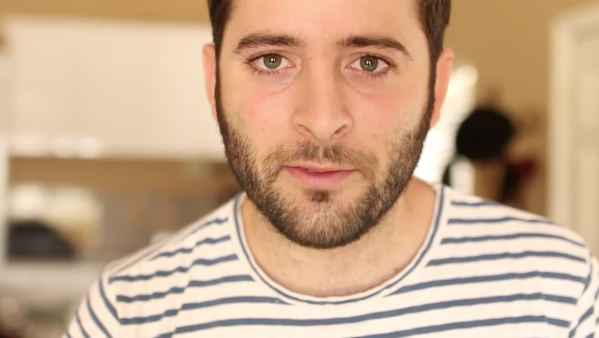 Heartbreaking Ice Bucket Challenge Video Is the Best Yet
Next Up: Editor's Pick