NRA Ad Campaign Has Michael Bloomberg in Its Crosshairs

In an effort to combat former New York City Mayor Michael Bloomberg’s high profile campaign for stronger gun control, the National Rifle Association is launching a national ad campaign to malign the business magnate and strike back at one of the gun advocacy group’s biggest detractors.

The campaign, which kicks off Wednesday, is part of a multimillion-dollar effort to stir up negative perceptions of the New York billionaire, USA Today reports. Chris Cox, the executive director of the NRA’s Institute for Legislative Action, called Bloomberg “an arrogant hypocrite who thinks he knows best how people should live their lives.”

Bloomberg plans to spend $50 million to build a grassroots network of gun control advocates in order to counter the NRA’s lobbying prowess, and has spent money across the country to defeat candidates who are staunch gun rights advocates.

Americans remain divided on gun control law, according to an Oct. 2013 Gallup poll. Public support for stricter laws covering the sale of firearms fell to 49% after reaching 58% in the wake of the Sandy Hook shootings in which 20 children were killed. A total of 37% say laws should be kept as they are, with 13% wanting more lax regulations.

An NRA ad will run nationally on cable television and in digital ads in states with key Senate races including Colorado, Iowa, Louisiana, North Carolina and Georgia. “Hey, Bloomberg: Keep your politics in New York. And keep your hands off our guns and our freedom,” says the commercial. 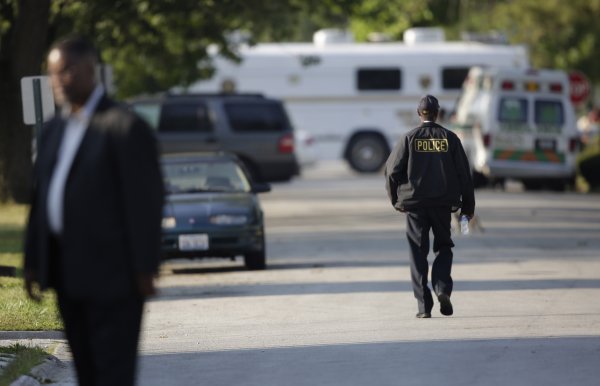 6 Child Hostages in Chicago Suburb Are Freed
Next Up: Editor's Pick