Acting Harvey Police Chief Denard Eaves, right, walks back to a command vehicle as law enforcement officials continue to negotiate with at least one hostage-taker for the release of two children and two adults inside a house in the southern Chicago suburb of Harvey on Aug. 20, 2014.
M. Spencer Green—AP
By Sam Frizell

Four remaining hostages, including two children, who had been held in a barricaded home in suburban Chicago were finally released Wednesday morning after 20 hours of being held, authorities said.

Four boys between the ages of one and 11 had been held in the house since Tuesday afternoon and were released Tuesday evening outside the home, reports the Chicago Tribune. But two additional children, along with two adults, were still being held hostage by two armed men in the house early Wednesday morning.

On Wednesday, the two children, aged six and 12 were released, as well as two adults with them, Fox Chicago reports. The two suspects were taken into custody.

A break-in early Tuesday afternoon in the Chicago suburb of Harvey led to an exchange of gunfire as police officers approached the scene. One officer was wounded in the elbow but is in stable condition. A second officer was grazed in the arm and treated at the scene.

At least one negotiator was in communication with a gunman via a window, said Harvey spokesman Sean Howard. 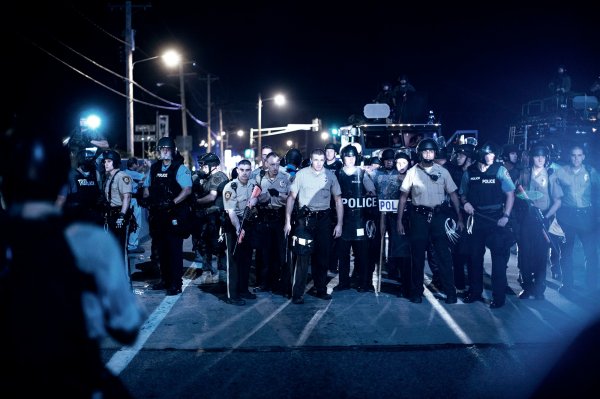