A graphic video of the purported killing, which the U.S. government believes to be authentic, was posted online Tuesday and quickly spread on social media. The video, which appears to be the work of the militant group Islamic State of Iraq and Greater Syria, declares the act “A Message to #America (from the #IslamicState)” and retribution for the United States’ intervention against ISIS in Iraq. Some versions of the video and Twitter accounts circulating it were quickly taken offline Tuesday evening, though the video soon appeared on YouTube again.

TIME is not publishing the video. The video also includes a threat to kill Steven Sotloff, a freelance journalist who has written for TIME among other outlets, and has been missing since August 2013.

A spokesperson for the U.S. National Security Council said Wednesday morning the American intelligence community believes the video is authentic.

“The U.S. Intelligence Community has analyzed the recently released video showing U.S. citizens James Foley and Steven Sotloff,” said NSC spokesperson Caitlin Hayden. “We have reached the judgment that this video is authentic.”

A Facebook page affiliated with the Foley family’s campaign for his release posted a message Tuesday evening from his mother, Diane Foley.

“We have never been prouder of our son Jim,” she wrote. “He gave his life trying to expose the world to the suffering of the Syrian people…We thank Jim for all the joy he gave us. He was an extraordinary son, brother, journalist and person. Please respect our privacy in the days ahead as we mourn and cherish Jim.”

White House spokesman Eric Schultz said in a statement Tuesday that President Barack Obama had been briefed on the video and “will continue to receive regular updates.”

The White House announced that Obama will deliver a statement at 12:45 p.m. Wednesday.

Foley “was taken by an organized gang after departing from an internet café in Binesh, Syria,” near the Turkish border, the Federal Bureau of Investigation said in an alert following the Nov. 22, 2012, kidnapping. He was in Binesh covering the Syrian civil war for the GlobalPost website and AFP.

Foley, 40, grew up in New Hampshire, where his parents live. 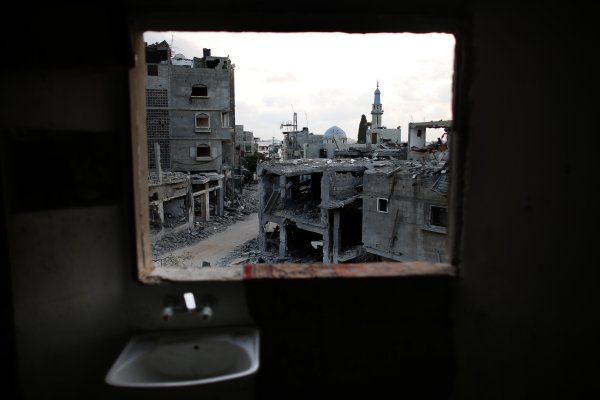