The facade of Smithsonian's National Museum of American History is lit up at dusk on June 4, 2013.
John Greim—LightRocket /Getty Image
By Dan Kedmey

The Smithsonian’s National Museum of American History announced Tuesday a significant expansion to its collection of artifacts documenting the history of America’s sexual minorities.

The expanded collection includes a donation of studio props from the television series Will and Grace, which debuted in 1998 with one of the first openly gay characters on primetime television. It also includes diplomatic passports from the first openly gay U.S. ambassador, David Huebner, and his husband, Duane McWaine, and a racquet that formerly belonged to transgender tennis player Renee Richards, who challenged a league-wide ban on transgendered players.

The museum said in a statement that the recent acquisitions mark a “long tradition of documenting the full breadth of the American experience and what it means to be an American. The LGBT narrative is an important part of that American story, and the Smithsonian has been documenting and collecting related objects for many years.” 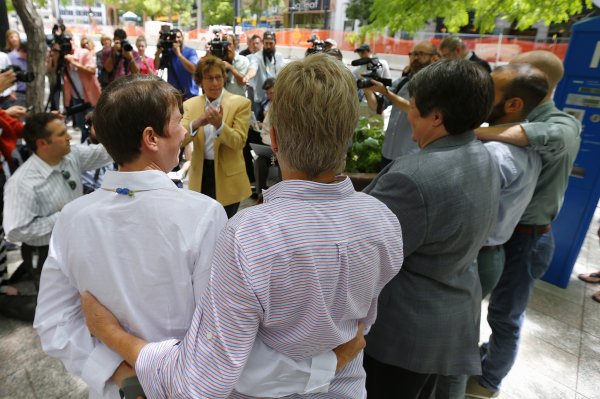