A Liberian burial team wearing protective clothing retrieves the body of a 60-year-old Ebola victim from his home on August 17, 2014 near Monrovia, Liberia.
John Moore—Getty Images
By Dan Kedmey

The World Health Organization has tallied another 84 deaths from confirmed or probable cases of Ebola virus over the past three days, bringing the death toll in West Africa to 1,229 people.

The WHO released the updated figures on Tuesday and announced an increase in food and aid shipments to roughly 1 million people living within the quarantined areas of Guinea, Liberia and Sierra Leone.

“It is essential that people in those zones have access to food, water, good sanitation and other basic supplies,” the WHO said in a statement, adding that it had partnered with the United Nations World Food Programme to scale up its aide shipments to affected areas and target its deliveries to hospitals and quarantined homes. “Providing regular food supplies is a potent means of limiting unnecessary movement,” the organization said.

Liberia’s information minister said Tuesday that three Ebola-stricken African doctors who were treated with a regimen of the experimental drug, ZMapp have shown “remarkable signs of improvement,” Reuters reports. The minister also confirmed that 17 Ebola patients who escaped from a quarantine center in Monrovia had been found and transferred to a treatment center. 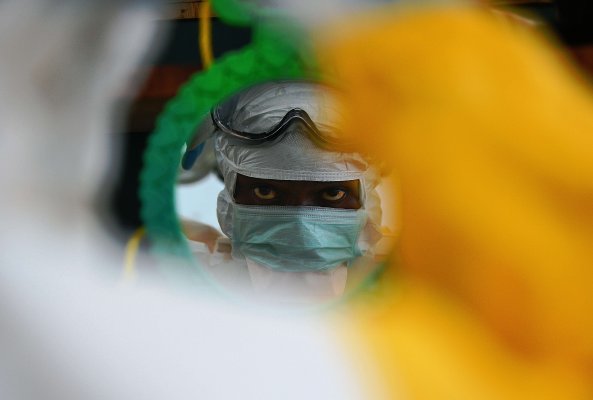 WHO: Ebola Outbreak Countries Must Screen Travelers
Next Up: Editor's Pick