As Zimmerman Trial Ends, What's Next

Shortly after dawn most Sundays, a dozen or so black pastors gather by conference call to pray and compare notes for their sermons later that morning. But on July 14, when Howard-John Wesley called in at 6 a.m., there were already more than 100 pastors on the line, and his computer showed 57 tweets from members of his congregation, Alfred Street Baptist in Alexandria, Va., all with the same questions: What would he say to help heal the hurt and anger after the verdict the night before? How would he deal with the fact that a neighborhood-watch man, George Zimmerman, had been found not guilty after shooting dead an unarmed black 17-year-old named Trayvon Martin?

Many of the preachers had families of their own, and the case had made them think about their children’s safety. Nathan Scovens, who leads Galilee Missionary Baptist in Winston-Salem, N.C., said his son had asked him, “Daddy, is George Zimmerman going to heaven?” Otis Moss III, the pastor of Barack Obama’s old Chicago church, Trinity United Church of Christ, said that after the verdict his 12-year-old asked simply, “Daddy, am I next?”

Hours later, when the pews had filled, the message was clear. America has been facing challenges like the Martin slaying for generations. Every few years, some instance of probable profiling, police overreaction or malice grabs national attention. A young black man dies or is brutally injured. The resulting investigation and trial become national dramas, driven less by the case file than by the state of race in America, the pent-up furies that seethe beneath the national narrative of progress. The names are written in history: Emmett Till, Yusuf Hawkins, Rodney King, Amadou Diallo and now Trayvon Martin. Presidents comment; protesters fill the streets and, more recently, send tweets. And then it all seems to go away.

For the black pastors who preached Sunday, their messages were filled with familiar outrage over injustice. But they also embedded in their sermons a determination that this time be different, that the Martin death not be seen in isolation and the controversy not fade from public view. Just weeks earlier, the Supreme Court had voided a key part of the Voting Rights Act protecting minorities in states with a history of discrimination. A celebrity chef’s empire had imploded when she admitted to using racial epithets. Over the long Fourth of July holiday, 72 people were shot in Chicago, many of them young black men. The 50th anniversary of Dr. Martin Luther King Jr.’s March on Washington loomed around the corner. “Paula Deen, a Supreme Court decision and now this,” Wesley preached the day after the Zimmerman verdict. “There’s a racial consciousness that rises up within me that somehow takes my ability to see this objectively. I am angry.”

The outrage was not limited to churches. In largely peaceful protests across the country, organizers tried to channel campaigns against gun violence, police profiling and “stand your ground” laws, a relatively new legal trend that expands protections for citizens who kill strangers when threatened. In North Carolina, a growing weekly protest against Republican-enacted social policies organized largely by black clergy, called Moral Mondays, swelled to vent the anger over the verdict. Addressing the National Association for the Advancement of Colored People in Florida, U.S. Attorney General Eric Holder recalled the time a cop stopped him on his way to a movie in a predominantly white Washington neighborhood. He was a federal prosecutor at the time. Holder, too, had talked with his children about profiling, just as his father had spoken to him. “That is a father-son tradition I hoped would not need to be handed down,” he told the crowd.

Among black leaders, the hope is to defeat the national instinct to move on until the next racially charged crossroads. “It is time to dust off the formula that worked for our forefathers and foremothers in the civil rights movement,” Wesley said days after his sermon. “Pray, march and demand change from every corner of your government.”

But for that to happen, there will need to be a new national discussion about how America handles its diversity. The past five years have featured two contradictory narratives. The first is about Obama and the emerging coalition of young and minority voters who elected him twice. In the 2012 election, the percentage of turnout among blacks exceeded that of whites for the first time in history; by roughly 2045, whites will no longer be the majority of the population. Within a year, a majority of children under the age of 5 will be from minority groups. This is the story of promise for much of the country, a signal that the nation can move beyond its tainted past, and it has coincided with a clear rise in optimism among African Americans. A year after Obama’s first election as President, 53% of blacks told Pew that the future for blacks would be better, compared with 44% of those asked the same question in 2007.

But the promise of tomorrow, it turns out, has changed little in the present. Obama’s election coincided with a national economic collapse that has hammered minority communities far harder than white ones. From 2007 to 2010, according to the Urban Institute, black family wealth fell by 31%, compared with an 11% decline for whites. For blacks, the national unemployment epidemic was simply more virulent, with the 13.7% black unemployment rate more than twice the 6.6% rate of whites. “Forty percent of our children are growing up in poverty,” says Eddie Glaude Jr., who chairs the Center for African American Studies at Princeton University. “We’re experiencing what I would call a black Great Depression.”

The historic decrease in crime over the past two decades has also not changed the fact that black communities remain the most vulnerable, as both the targets of criminals and of police enforcing minor crimes like marijuana possession. Blacks make up 13% of the nation’s population, but more than half of America’s homicide victims and culprits were black in 2011. Of the 2.3 million people incarcerated in this country, 1 million are black. “There’s no question that African Americans, and particularly African-American men, are the most incarcerated group in the history of the world,” says Paul Butler, a professor at Georgetown University Law Center.

Racial profiling, the practice of drawing suspicion from skin color, is publicly disavowed but remains widely practiced. A Gallup poll this month found that more than one-quarter of black men ages 18 to 34 say police have treated them unfairly in the past 30 days. In New York City, a program called stop and frisk, which Mayor Michael Bloomberg credits with major crime reductions, allowed police to temporarily detain and search 685,724 people in 2011 without clear evidence of a crime. In a city that is 44% white, more than 90% of those stopped were minorities. “We are in the face of progression and regression simultaneously,” says Moss, the pastor of Trinity in Chicago. “We have the progression of people in elected office and the regression of the war on drugs.”

As the celebration over the emerging America has faded, the frustrating realities have returned to center stage. While Gallup reported 70% of Americans believed in 2008 that race relations would improve with Obama’s election, only a third now believes Obama’s victory fulfilled that promise. The President, meanwhile, has so far proved too divisive a public figure to oversee a national conversation on race, despite occasional efforts in his first term. After criticizing the 2009 arrest of Harvard professor Henry Louis Gates Jr. at his home in a misunderstanding with police, Obama was forced to backtrack from saying the cops “acted stupidly.” After the Zimmerman trial, the President’s only statement–asking the nation to respect the jury’s decision–was released by e-mail.

Behind the scenes, often in unnoticed legal proceedings, Obama’s Justice Department has tried to sharpen the focus on policing practices and racially motivated crime. There were 141 federal hate-crime convictions in Obama’s first term, up 74% from the previous four years. The department’s civil rights division has opened 15 policing investigations, issued eight warning letters after finding misconduct and negotiated 10 agreements to reform, up from eight investigations and no warning letters or reform agreements in George W. Bush’s second term.

But such numbers are of little consolation, given the perceived scale of the problem in black communities. More likely to have an impact in this era of viral, do-it-yourself media is Nikkolas Smith, a Los Angeles artist whose Photoshopped image of Martin Luther King Jr. wearing a hoodie like Trayvon’s exploded on social media after the verdict. He called the piece April 4, 1968: Suspect or Saint? “It’s amazing the fearful reaction some people have when they see the exact same MLK picture they’ve seen a hundred times, only with a hoodie replacing the suit and tie,” Smith tells Time. Notes Robin D.G. Kelley, a professor of American history at the University of California, Los Angeles: “What makes this different is the sheer number of people who are outraged and are mobilizing seems to be greater, and it is greater because of social media.”

Return of the Pastors?

The Rev. Dr. Calvin Butts III, pastor of Abyssinian Baptist in Harlem, was in Chicago when the jury delivered the verdict, and he knew he had to send a strong message to his congregation. “We are not in a postracial society,” he said later. “Now as far as I am concerned is the time for pushback. I mean serious pushback.”

Bishop Eric Freeman, pastor of the Meeting Place, a 500-member church outside Columbia, S.C., has already decided to add a clinic titled Live 2 Tell to its annual back-to-school program, to teach young African-American men how to minimize themselves as racial-profiling targets and how to respond when they are profiled. “We have to have a four-pronged approach,” says the Rev. Dr. William Barber II, who has been organizing the Moral Mondays protests in Raleigh. “We’ve got to protect voting rights, because voting rights is the way we get many of the people on our court systems. Two, we’ve got to repeal stand your ground. Three, we’ve got to pass anti-racial-profiling laws. Four, we have to stand against violence and the proliferation of guns.”

The Justice Department will investigate possible civil rights charges against Zimmerman, a process that could take months and that experts say is unlikely to lead anywhere, since the criminal trial revealed no clear evidence that he was motivated by race. But that won’t stop churches from organizing protests, including a vigil on July 20 planned in Washington and other cities.

The immediate policy changes, like the trial itself, may do little to satisfy a country at the intersection of demographic change that promises a new chapter and ancient divisions that refuse to heal. Terry Alexander, a preacher and South Carolina state representative, says he sees in Martin’s death a clear metaphor for the changes the nation must undertake. “We’re so afraid of losing what we have, or what we own, that we would kill each other even if we have the slightest inclination that you might take something from me. And that’s a bad attitude,” he says. “The norm is the browning of America, and that’s what we need to be moving toward. And there’s enough for everybody.” 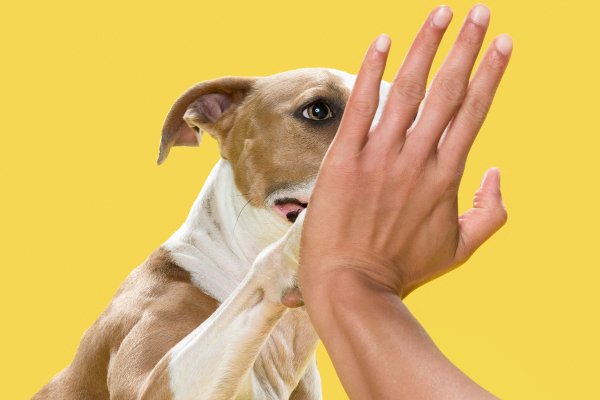 The Softer Side of Pit Bulls
Next Up: Editor's Pick