Need a Cheap Chromebook? Here's How to Pick One

If you’re shopping for a cheap laptop, there’s a good chance you’ve crossed paths with a few Chromebooks.

Instead of running Windows, these lightweight, inexpensive notebooks are based entirely on Google’s Chrome web browser. So while you can’t install traditional programs such as Office and Photoshop, you can use web-based substitutes like the free Office Online and Pixlr. In exchange, you’ll get a computer that boots up quickly, is safe from viruses, doesn’t have any obnoxious bloatware and is optimized for browsing the web.

Although inexpensive Chromebooks have been around for a couple years, we’ve seen a lot more of them lately, and from a wider range of vendors. With so much competition among these sub-$300 laptops, here’s some help picking the best one for your needs.

This Acer Chromebook originally had a sticker price of $199, but for some reason the price has recently gone up at most stores. Fortunately you can still snag one at Best Buy for $179, which is the cheapest price I’ve seen for any Chromebook.

Compared to other low-cost Chromebooks, the Acer C720 is a bit heavier, and its fan will produce some noise as you work. Its build quality is also on the chintzy side, and the 2 GB of RAM isn’t great for keeping lots of browser tabs open at once. Still, for basic browsing, it gets the job done at a (currently) unbeatable price.

I called this one a “vanity laptop” when I reviewed it last fall. It has, by far, the most gorgeous display you’ll find on any Chromebook. We’re talking MacBook quality in terms of viewing angles and contrast, while most other Chromebooks wash out when you tilt them just slightly away from you. The keyboard is also solid, the speakers are loud and you’ve got to love the blue accents on the shiny white chassis.

But the HP Chromebook falters on performance, as it can lag when switching between heavy web pages, and it only gets around five hours on a charge. (You can top it up with a MicroUSB cable, which is kind of neat.) If you can deal with those shortcomings and prefer something thin, light and easy to look at, this is your Chromebook. Best Buy has it for $229.

Asus’ C200 ($229 at Walmart) and C300 ($229 at Amazon) are part of a new wave of Chromebooks hitting the market this summer, with a fanless design made possible by Intel’s latest Bay Trail processors. That means they won’t make any noise as you use them, and they’re both quite light, at 2.5 pounds for the 11-inch C200 and 3.1 pounds for the 13-inch C300. Best of all, both laptops get about 10 hours of battery life on a charge.

As a trade-off, these laptops can’t quite keep up with the processor in the cheaper Acer Chromebook, but it’s probably not something you’d notice in most cases. Asus’ two Chromebooks are solid all-around performers, and your best options if you’re willing to pay more than bottom dollar.

This Chromebook used to be a solid choice at $250, but now I can’t find it anywhere at that price. Still, even at $271 from Newegg, it’s the cheapest Chromebook available with 4 GB of RAM. You’ll want the extra memory if you’re planning to juggle dozens of browser tabs at once. It seems that Acer has discontinued this laptop in favor of a Core i3 model that’s probably overkill for most users, so get it while you can.

Whatever you decide, don’t fret over it too much. I’ve used a lot of Chromebooks over the past few years, and they all offer the same basic benefits in terms of speedy startup times, security and ease of use. As long as you’re not expecting a full-blown operating system like Windows or Mac OSX, chances are you’ll be satisfied with your choice.

These prices and configurations are good as of August 18, 2014. 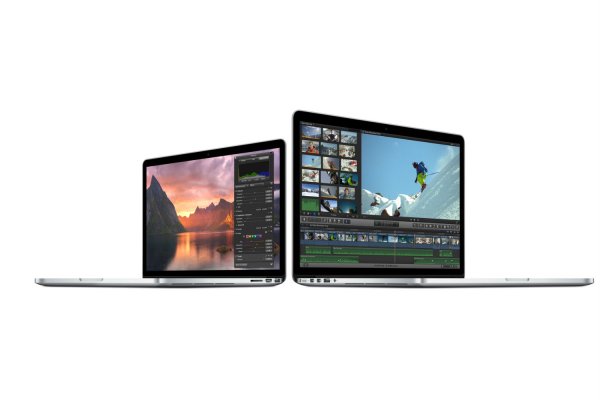