One Patient, Too Many Doctors: The Terrible Expense of Overspecialization

Not long ago, a primary-care physician called me about a patient with a right-lung “consolidation” — probably pneumonia, though a tumor could not be excluded — that a lung specialist had decided to biopsy. My colleague wanted me to provide “cardiac clearance” for the procedure.

I stopped what I was doing. “Ninety-two? And they want to do a biopsy?”

My colleague, who is from Nigeria, started laughing. “What can I tell you? In my country we would leave him alone, but this is America, my friend.”

Though accurate data is lacking, the overuse of health care services in this country probably costs hundreds of billions of dollars each year out of the $3 trillion that Americans spend on health. This overuse is driven by many forces: “defensive” medicine by doctors trying to avoid lawsuits, a reluctance on the part of doctors and patients to accept diagnostic uncertainty (thus leading to more tests), lack of consensus about which treatments are effective, and the pervading belief that newer, more expensive drugs and technology are better. However, perhaps the most important factor is the overspecialization of the American physician workforce and the high frequency with which these specialists are called by primary-care physicians for help.

The past half-century has witnessed great changes in American medicine. One of the biggest shifts is the rise of specialists. In 1940, three-quarters of America’s physicians were general practitioners. By 1960 specialists outnumbered generalists, and by 1970 only a quarter of doctors counted themselves general practitioners. This increase paralleled an equally dramatic rise in medical expenses, from $3 billion in 1940 to $75 billion in 1970.

Specialist-driven care has now become a fact of medical practice. In the past decade, the probability that a visit to a physician resulted in a referral to a specialist has nearly doubled, from 5% to more than 9%. Referral rates to specialists are estimated to be at least twice as high in the U.S. as in Britain.

The consequences for patients are troubling. Besides high costs, having too many consultants leads to sloppiness and disorganization. As Drs. Donald Berwick and Allan Detsky recently wrote in the Journal of the American Medical Association, inpatient care at hospitals has become a relay race for physicians and consultants, and patients are the batons.

I remember a 50-year-old patient of my Nigerian colleague who was admitted to the hospital with shortness of breath. During his monthlong stay, which probably cost upward of $100,000, he was seen by a hematologist; an endocrinologist; a kidney specialist; a podiatrist; two cardiologists; a cardiac electrophysiologist; an infectious-disease specialist; a pulmonologist; an ear, nose and throat specialist; a urologist; a gastroenterologist; a neurologist; a nutritionist; a general surgeon; a thoracic surgeon; and a pain specialist. The man underwent 12 procedures, including cardiac catheterization, a pacemaker implant and a bone-marrow biopsy (to investigate only mild anemia). Every day he was in the hospital, his insurance company probably got billed nearly $1,000 for doctor visits alone. When he was discharged (with only minimal improvement in his shortness of breath), follow-up visits were scheduled for him with seven specialists.

This case — in which expert consultations sprouted with little rhyme, reason or coordination — reinforced a lesson I learned many times in my first year as an attending physician: in our health care system, if you have a slew of specialists and a willing patient, almost any sort of terrible excess can occur.

What to do about this overspecialization? One option is accountable-care organizations, an idea put forward by the Affordable Care Act, in which teams of doctors would be responsible (and paid accordingly) for their patients’ clinical outcomes. This would force specialists to coordinate care. Unfortunately, most doctors, notoriously independent and already smothered in paperwork, have generally performed poorly in this regard.

Reforms will also have to focus on patient education. Medical specialty societies recently released lists of tests and procedures that are not beneficial to patients. By using these lists, cardiologists have been able to decrease their use of imaging tests by 20%. Better-informed patients might be the most potent restraint on overspecialized care. A large percentage of health care costs is a consequence of induced demand — that is, physicians persuading patients to consume services they would not have chosen had they been better educated. If patients were more involved in medical decisionmaking, there would be more constraints on doctors’ behavior, decreasing the possibility of unnecessary testing. This could serve as a potent check on what the doctor ordered.

Today roughly 1 of 6 dollars spent in America goes toward health care. If we do not succeed in controlling these costs, they will gradually crowd out other necessary societal expenditures. Improving health literacy will be critical to these efforts. Without a better understanding of what doctors are actually doing, one may end up like the patient who had 17 consultants and 12 procedures and who reinforced a further lesson I have learned many times since entering practice: when too many specialists are involved in a case, the result too often is waste, disorganization and overload.

Jauhar is a cardiologist and the author of Intern: A Doctor’s Initiation and the new memoir, out today, Doctored: The Disillusionment of an American Physician 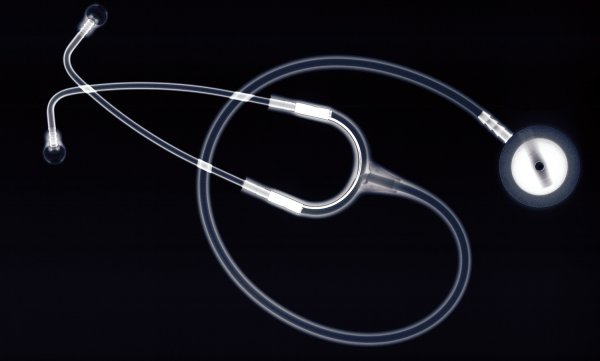 How Kentucky Got Obamacare Right
Next Up: Editor's Pick