How Ferguson Went From Middle Class to Poor in a Generation

A man with a skateboard protesting the shooting of Michael Brown by a police officer walks away from tear gas released by police August 17, 2014 in Ferguson, Missouri.
Joshua Lott—Getty Images
By Denver Nicks

In 1990, Ferguson, Mo. was a middle class suburban enclave north of St. Louis with a population about three-quarters white. In 2000, the town’s population was roughly split between black and white with an unemployment rate of 5%. By 2010, the population was two-thirds black, unemployment had exceeded 13%, and the number of residents living in poverty had doubled in a decade.

Demographic transformation came fast and stark to Ferguson, Missouri. So what happened?

The situation there is “really not so different than the rest of St. Louis County,” said Dr. Norm White, a criminologist with the Saint Louis University School of Social Work. “The problems we saw in the urban core have become the problems of the suburban umbrella.”

The big picture trends White describes aren’t even unique to St. Louis County. Poverty in America’s suburbs has been on the increase nationwide for decades, as the suburbs themselves have grown and affordable housing options moved farther out from urban centers. Opportunities for low-skill jobs—already diminished due to the decline in American manufacturing—in sectors like retail and construction have became more concentrated in suburbs. And its not only a matter of emigration of low income people into the suburbs. Long-term residents in some places have became poorer; suburban areas were hit particularly hard by the recession and housing crisis in the 2000s.

With respect to St. Louis in particular, White points to the razing of the Pruitt-Igoe housing project — a public works project as extraordinary a failure as was the scale of its original vision — as a key factor in the flight to the suburbs. First erected in the early 1950s, the 33, 11-story towers on 57 sprawling acres in St. Louis was designed by the architect who went on to build NYC’s now-fallen World Trade Center.

The complex was intended to be a modern, vibrant community to replace the old poverty-stricken neighborhoods of the poor. In reality, the structures became crime-plagued labyrinths left unmaintained by the city and beginning in 1972 they were torn down, jumpstarting the processes that sent the poor of St. Louis, as elsewhere, out of the city and into the suburbs in search of affordable places to live.

Like most states, Missouri allows for highly fragmented municipalities, each of which retains its own tax revenues and the power to write its own zoning laws. Newer, wealthier suburbs sometimes write zoning restrictions to ban high-density housing, and thus affordable apartments. But Ferguson, an older suburb, has no such restrictions, according to Professor Clarissa Rile Hayward of Washington University in St. Louis. The result is a town where the population of the poor is not only large but also highly concentrated.

“A decade ago, none of the neighborhoods there had poverty rates above 16%,” says Elizabeth Kneebone, a fellow at the Brookings Institution who has written extensively on the rapid growth of suburban poverty in America. Now every neighborhood but one in the town has a poverty rate over 20%, the point at which typical social ills associated with poverty like poor health outcomes, high crime rates and failing schools start to appear, she says.

“Ferguson is just the place that the scab got pulled off,” White, the criminologist, tells TIME. “The reason why this is so intense is that there are a lot of these little communities that have been left almost to rot. Physically the buildings are falling down. There are no social service programs.”

As to whether or not the spotlight currently shining on the problem of suburban decay will result in a renewed commitment to address poverty in the U.S., White believes politicians and the media will move on. “You listen when the fires are burning,” he said, “but you then go away when the fires are extinguished.” 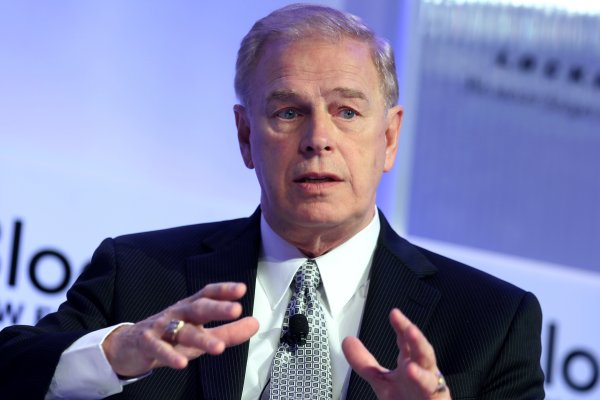 Politicians Give Living on Minimum Wage a Whirl
Next Up: Editor's Pick