An original IBM Simon Personal Communicator is placed next to an Apple iPhone 4S at the Science Museum on August 15, 2014 in London, England
Rob Stothard / Getty Images
By Doug Aamoth

A tip of the hat to Simon, long referenced as the first smartphone. It went on sale to the public on August 16, 1994 and packed a touchscreen, email capability and more, paving the way for our modern-day wondergadgets.

Here’s a look at some of Simon’s history.

IBM and BellSouth first showed Simon off in late 1992.

It was code-named “Angler” and was unveiled at the fall COMDEX convention in Vegas, but wouldn’t be available to purchase by consumers until August 16, 1994. In 1995, the great Computer Chronicles TV show led its “Year of the Portable” episode with Simon.

The phone had no web browser — heck, computers were just getting decent browsers back then — but email access was a big selling point. It could send faxes, too, which is a technology people haven’t been able to completely kill off yet despite decades of trying.

It was big and expensive, but not insanely so.

By today’s standards, of course, Simon was clunky and outrageously priced. But for a do-it-all gizmo in the mid-’90s, its $1,100 price tag should elicit a mere shrug from most of us nowadays. And if you signed a two-year contract with BellSouth, you could get it for $900; that subsidized price eventually dropped to $600.

The phone itself measured 8 inches long by 2.5 inches wide by 1.5 inches thick, and weighed two ounces north of a pound. That’d be pretty clunky today, but we’re talking about the ’90s here. Everyone was wearing Hammer pants and Zubaz, so pocket space wasn’t much of an issue, right? As you can see in the above photo — where it’s placed next to an iPhone 4S — it’s big but not monstrous.

It had a touchscreen and apps.

Touchscreens weren’t exactly nonexistent back in the early ’90s, but they weren’t super common, either. Simon is believed to be the first commercially available phone with a touchscreen, though earlier PDA devices had showcased various portable touchscreen technologies. Simon’s interface could be navigated with an included stylus, and somewhat less easily with a finger.

These were the early days of mobile touchscreens, mind you. Take a look at Simon’s interface in this fascinating TekGadg video from 2011:

Best line: “I don’t think it does multi-touch, Winston.” That parting jab at Android was uncalled for, fellas.

There was no app store, of course, but the phone came preloaded with several apps. You can take a look at Simon’s user manual, which is not only chock full of wonderfully nostalgic technobabble from back in the day, but also lists the following apps:

These things weren’t called “apps” back then. They were generally referred to as “features” found in the “Mobile Office” section of the phone. Here’s a look at the alarm clock:

Email was no picnic to set up, either. It used Lotus’ cc:Mail offering, which required you to dial in to a computer running cc:Mail software that housed all your messages — the “post office,” as it were. How would you set up this post office? You wouldn’t: According to Simon’s manual, “You don’t have to worry about how to set up a post office, because your E-mail administrator or service does that.”

It had predictive typing.

The feature was called the “PredictaKey” keyboard and, according to the user manual, “always shows the six most-likely letters that you need, depending on the characters you’ve just typed.

BellSouth had apparently also been working with Apple to develop a cellular connection for the Newton PDA at the time.

An early profile of Simon alludes to a BellSouth-Apple partnership for Apple’s Newton PDA wherein BellSouth was “working with Apple to integrate cellular into the device.” The piece quoted BellSouth’s then-product-manager Rich Guidotti assuaging concerns that the two devices would compete:

Simon made an appearance in The Net.

The movie, according to Frank Costanza, is “called The Net, with that girl from The Bus.”

You could plug it into a regular phone jack.

Though Simon was targeted at deep-pocketed business people, cell service was still spotty and expensive back in the mid-’90s. An optional cable allowed Simon’s owner to plug it into a standard phone jack (remember those?) to make calls via more reliable and less expensive land-line systems.

Despite its features, IBM and BellSouth didn’t exactly have a hit on their hands. Simon spent a mere six months on the market, with around 50,000 units sold. Businessweek’s profile of the device cites Simon’s weak battery — it lasted around an hour — and the cool factor of svelter and svelter flip phones as contributing to Simon’s demise. It sounds like IBM and BellSouth kind of lost interest in the project as well, with IBM in the middle of downsizing endeavors and BellSouth pumping resources into bolstering its cell network.

Simon, we hardly knew ye. But your ghost lingers on in our modern-day communicators.

Microsoft’s Bill Buxton has a great info page with links to a bunch of old Simon-related material. Check out Businessweek and Wikipedia for related material as well. 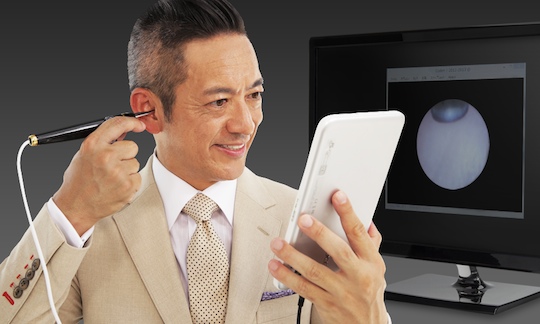 Paycheck Friday! 7 Worthy Splurges Based On Your Income Tax Bracket
Next Up: Editor's Pick