Science Points to the Single Most Valuable Personality Trait

Research is pointing to conscientiousness as the one-trait-to-rule-them-all in terms of future success, both career-wise and personal.

“It would actually be nice if there were some negative things that went along with conscientiousness,” Roberts told me. “But at this point it’s emerging as one of the primary dimensions of successful functioning across the lifespan. It really goes cradle to grave in terms of how people do.”

What is it? Basically, it’s being “efficient, organized, neat, and systematic”:

Conscientiousness is the state of being thorough, careful, or vigilant; it implies a desire to do a task well. Conscientiousness is also one trait of the five-factor model of personality, and is manifested in characteristic behaviors such as being efficient, organized, neat, and systematic. It includes such elements as self-discipline, carefulness, thoroughness, self-organization, deliberation (the tendency to think carefully before acting), and need for achievement.

Yeah, that sounds like a trait we all respect. What’s amazing is just how predictive it is of so many things we all desire. It’s pretty crazy really:

“…the personality traits Conscientiousness and Neuroticism have a strong impact on the instantaneous probability of finding a job, where the former has a positive effect and the latter has a negative effect.”

“…our findings suggest that conscientiousness is the trait most broadly associated with marital satisfaction in this sample of long-wed couples.”

And let’s not forget good grades and staying out of jail.

…conscientiousness was the trait that best predicted workplace success. What intrigues Roberts about conscientiousness is that it predicts so many outcomes that go far beyond the workplace. People high in conscientiousness get better grades in school and college; they commit fewer crimes; and they stay married longer. They live longer – and not just because they smoke and drink less. They have fewer strokes, lower blood pressure, and a lower incidence of Alzheimer’s disease.

Can life really be that simple? Isn’t there something conscientiousness doesn’t predict that we all respect and desire? Yes.

Our schools love to pay creativity lip service, but those aren’t the students that get celebrated.

Teachers rewarded repressed drones, according to Bowles and Gintis; they found that the students with the highest GPA’s were the ones who scored lowest on measures of creativity and independence, and the highest on measures of punctuality, delay of gratification, predictability, and dependability.

The workplace isn’t any different.

Are you a creative person? Want to be a CEO? Good luck. You’ll need it:

In sum, we show that the negative association between expressing creative ideas and leadership potential is robust and underscores an important but previously unidentified bias against selecting effective leaders.

I have no doubt that conscientiousness is a valuable trait pretty much anywhere. To be blunt, having your shit together is a respectable quality.

But we should all be concerned that our system may be too extreme in rewarding conscientiousness and punishing creativity.

What does the most comprehensive study of geniuses tell us about creativity?

Are creative people more likely to be crazy?

What are the four principles that will lead you to breakthrough creativity?

Read next: Are You Secretly an Introvert? 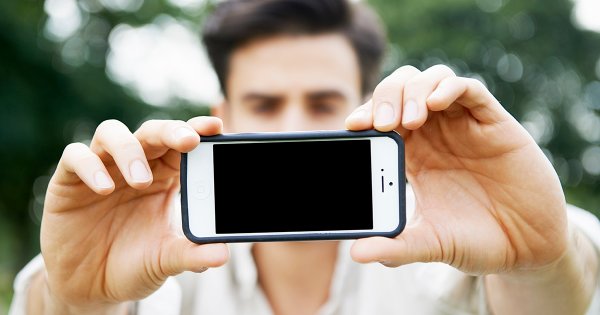 Quiz: Are You A Narcissist?
Next Up: Editor's Pick