How Cinnabon President Kat Cole Went from Hostess to COO: 9 Tips for Success

These days Cinnabon President Kat Cole spends her time running a $1 billion dollar baked goods company, but she started out as a teenage daughter of a single mom, hostessing at a Hooters restaurant to make money during high school. By 19, Cole had mastered all the different jobs at Hooters, so she was sent to Australia to help open a new location there, and that’s when her career took off. Cole says there are people who think “there’s no way a 19-year old gets that opportunity, she must have been sleeping her way to the top.” Besides the fact that the accusations are ludicrous (and all five of Cole’s bosses at Hooters were women), Cole says those kind of charges are just another example of why we need more women in business. “What’s sad about this is that you have so few examples of women moving up, so the only way to fill in the gaps is filth,” she says.

Take Our Poll: What Does Success Mean to You?

Cole, 36, moved to the Atlanta-based Cinnabon in 2010, where she now oversees one of the world’s most famous bakery franchises with more than 1,100 locations. So what kind of advice does Cole have for other women who want to climb the corporate ladder?

1) Inspire your staff: Cole attributes much of her success as a manager to her ability to make her staff feel confident. “I help people realize they’re capable of more than they know, and I do this in three ways: by being positive and hopeful, by creating comparisons, and by getting my hands dirty.” She says she has a basic knowledge of how to do every job at every Cinnabon, so she knows where her staff is coming from.

2) Get the full picture: Cole says the people outside the corporate offices often have valuable insight. “I ask the same two questions of the staff in every Cinnabon I visit: ‘What do our guests ask for that we don’t have?’ and ‘if you could, what would you change about this company?'”

3) Solicit feedback: “Use your empathy as your strength. It can help you understand the lens through which others see you…Whenever I leave a meeting, I pull one person aside and say, ‘Give me one thing that I could have done differently to be more effective.'” Cole says that specific wording is very important: it shows an openness to learning, it limits the advice to ‘one thing’, it asks for a suggestion instead of a criticism, and the phrase ‘more effective’ is much more neutral than ‘better.’

5) Get good intel: Cole has some ingenious tactics for taking the temperature of her colleagues during meetings or conferences. “At breaks I would go sit in the ladies room stall and listen to the conversations, because sometimes I learned about dynamics I hadn’t known about before.” Even the smallest thing could be helpful, even something as simple as grumbling because the presentation is going on for too long. “Information is power, and it allowed me to be a more effective facilitator.”

6) Don’t wait for the right time to speak up: Holding back in meetings is something men don’t think to do, Cole says. “Only women would think a thought and then think, ‘when is a good time to say this?'” Cole says she once refrained from speaking up about a reservation she had about a project, and it ended up costing the company a lot of money. After that, she promised herself, “I will never be in a room where someone was paying me for my brain and not bring my whole self. We’re not going to leave the room until I’ve shared my thought.” But how can you steer the conversation if the moment to speak up has already passed? Cole says it’s simple. “I say, ‘before we leave, I’d just like to add one thing…'” in order to bring the conversation back on track.

7) Celebrate failure: Cole says she encourages her team to focus on what they learned from mistakes, not what they lost by making them. She does this by saying things like, “thank goodness it happened with a 5-state deal, not a 50-state deal,” to focus on the lesson, not the damage. She says this encourages her team to take risks, because they know they’re allowed to fail sometimes.

8) Focus on doing your job, not whether people like you: Cole says one of the mistakes she made early in her career at Hooters was allowing a restaurant manager to get away with some incorrect protocol at his location, even though her job was to inspect each restaurant to make sure everything was consistent. “My desire for him to like me and trust me outweighed my commitment to doing my job,” she said. The very next day, her supervisor visited the location and realized she hadn’t inspected properly. “I don’t pay you to be nice, I pay you to do your job,” he told her.

9) Don’t waste energy worrying about being the only woman in the room: She tries not to think about it. “My body and brain was better used focusing on work,” she says, but she also thinks it’s important for women to have many examples to look up to. She notes that our brains light up when we see people like ourselves. “That’s why we need more diverse stories told,” she says. “We need more examples of the different paths to success.” 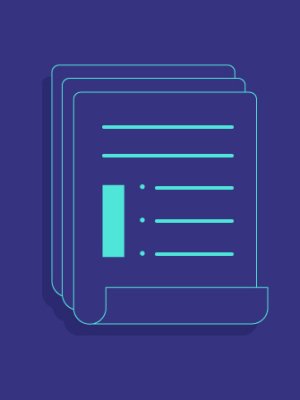 What Not to Include on Your Resume
Next Up: Editor's Pick