In a news conference from the Ecuadorian embassy in London on Monday, WikiLeaks co-founder Julian Assange stated that he’s preparing to “leave soon,” after more than two years of sheltering inside.

The WikiLeaks founder, who is wanted for questioning over rape allegations in Sweden and faces extradition, didn’t elaborate as to when precisely he would be leaving the embassy where he has been seeking political asylum since June 2012. He did say that he wouldn’t be leaving for the reasons being reported in the British press, suggesting that recent reports about a heart condition are not accurate. Yet Assange did also mention in the conference that his health had suffered while living in the embassy.

The Ecuadorian Foreign Minister Ricarod Patin, who was also present at the conference, said, “The situation must come to an end. Two years is too long. It is time to free Assange. It is time for his human rights to be respected.” He also reiterated that Ecuador would, “continue to offer him our protection.”

In an interview with the Daily Mail published over the weekend, Assange said, “Maybe it’s time to think that WikiLeaks is not the main problem here for the West, maybe me and my publishing house are a lesser threat than say the Islamic State in Iraq or, closer to home, paedophiles in Westminster.” 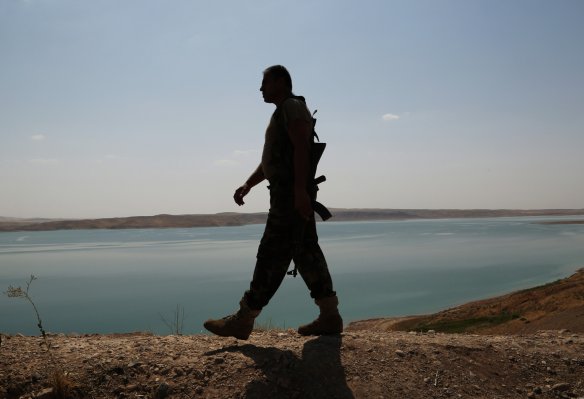 Kurdish Fighters Regain Some Control of Vital Iraqi Dam
Next Up: Editor's Pick