President Obama and Secretary Kerry played their cards right not to undertake a broad scale air campaign against the advancing forces of the Islamic State of Iraq and Syria (ISIS) so long as Nouri al-Maliki held on as Prime Minister. Maliki had governed in such an overtly anti-Sunni fashion that the Sunni tribes in the north had come to hate him more than they feared ISIS. Regardless of what we had claimed, those American bombs would not have read “ISIS.” They would have read “Sunni” — strengthening the extremists. Withholding a broader air campaign gave leverage to those in Baghdad, including us, who were pushing for Maliki to step down.

Maliki’s reluctant departure and the appointment of Haider al-Abadi as Prime Minister must be a pivot point — for the leaders of Iraq, the region and the United States. Kurdish leader Masoud Barzani is no doubt right when he says it’s the last chance for Iraq.

The Obama Administration and our military acted swiftly and decisively to save the Yazidis who fled to a mountaintop to avoid slaughter by ISIS. But that human drama powerfully displays the brutality and fanaticism of ISIS. It is building a self-described Islamic state in the heart of the Middle East, spanning Syria and Iraq with broader designs in the region. It is a base for thousands of Western jihadi recruits, some of whom will return home with destructive intent and deadly new skills. In the view of intelligence officials, ISIL sees conflict with the United States as inevitable.

ISIS came out of nowhere for most Americans: another group of fanatics in a dizzying array of warring factions unleashed by the Arab uprisings. But it’s essential that we understand this force more clearly because ISIS’s future will affect ours.

ISIS, born under the banner of Al-Qaeda, was chased out of Iraq by Sunni groups which did not want its brand of fanaticism controlling their lives or defining their Islamism. It retreated to Syria, and deepened the civil war there. Seeing the anger among Iraqi Sunnis due to Maliki’s overtly sectarian rule in Iraq, ISIS saw an opportunity. It moved deep into northern Iraq — but this time with the support of many of those same Sunnis tribes.

President Obama has authorized U.S. airstrikes against ISIS under narrowly defined circumstances: in support of the humanitarian mission and to prevent ISIS from overrunning Baghdad and Erbil — based on the fact that there are many Americans in these cities to protect. We are also providing assistance to both the Kurdish peshmerga and the Iraqi forces.

But the President has not authorized broader strikes. As long as Maliki was Prime Minister, Iraqi Sunnis would have seen American strikes as Maliki’s bombs, driving them further into the arms of ISIS. But the President told Tom Friedman of the New York Times that we do have a strategic interest in pushing back ISIS. He told Friedman, “We’re not going to let them create some caliphate through Syria and Iraq, but we can only do that if we know that we’ve got partners on the ground who are capable of filling the void.”

Maliki is now gone. The opportunity now exists to have partners on the ground. The path ahead will not be easy, but it is discernable. There are some things we must do:

All of this does not need to be done by tomorrow, or next week or next month. For now, ISIS is focused on establishing its safe haven in the center of the Middle East; it will turn to its more distant enemies a bit later. What does need to be done by the President — very soon — is to explain this gathering threat to the American people. Today, public support for our means — an ongoing campaign of airstrikes — cannot be sustained by our stated ends, protecting our civil servants in Erbil and Baghdad. While some conservatives will attack the President for not doing enough, the greater danger is that the American people and Members of Congress will question why we’re engaged at all in another Iraq military adventure. The President needs to alert Americans to the threat ISIS poses to our friends in the region and to us.

This also means that Iraq cannot be separated from the vexing problem of Syria. When pressed in Iraq, ISIS will fall back to the safe zone they have there. But our natural allies in Syria — those who oppose both ISIS and Assad — are weaker now than ever. A strategy to blunt ISIS compels us to accelerate and strengthen support for groups in Syria who oppose both, including some whose ideology is uncomfortable to us but not threatening.

This is all a dense and difficult thicket for us to traverse. But a door has opened with Maliki’s involuntary departure. If we don’t barrel through that door, bringing the American people and our partners with common interests along, it will slam shut and the future will be more dangerous for us.

Samuel R. Berger is chairman of the Albright Stonebridge Group. He was national security adviser to President Bill Clinton from 1997 to 2001. 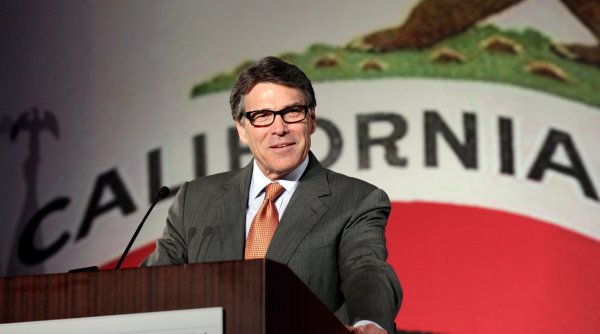 Rick Perry Is Open to Using Ground Troops in Iraq
Next Up: Editor's Pick