Texas Gov. Rick Perry on Saturday dismissed the criminal charges leveled against him as partisan political gamesmanship, and vowed to stand by his decision in 2013 to veto funding for a public integrity unit.

“We don’t settle political differences with indictments,” said Perry, referring to the grand jury’s Friday indictment against him. “‘It is outrageous that some would use partisan political theatrics to tear away the fabric of our constitution.”

The indictment is a response to Perry’s 2013 veto of $7.5 million in funding to state’s public integrity unit, based in the Travis County district attorney’s office. District Attorney Rosemary Lehmberg, who ran the unit, was arrested on charges of driving while intoxicated in 2012. Perry vetoed her office’s funding after she refused to step aside.

At the time that Perry vetoed the funding, the unit was investigating one of Perry’s signature achievements, the Cancer Prevention and Research Institute of Texas, for alleged mismanagement.

Perry said Saturday that as governor, he is constitutionally within his rights to veto funding for any office. “I exercise the authority to veto funding for an office whose leadership has lost the public’s confidence by acting inappropriately and unethically,” said Perry. “I intend to fight against those that that would erode our state constitution and laws purely for political purposes.”

Perry added that he will continue to focus on his governorship and focus particularly closely on border security.

Governor Bobby Jindal of Louisiana and Senator Ted Cruz of Texas, both likely contenders against Perry for the 2016 GOP presidential nomination, have voiced their support for the governor.

Special Prosecutor Michael McCrum, a noted San Antonio criminal defense attorney who led the indictment against Perry, told reporters he will be working with the governor’s attorney to set up a time for Perry to be arraigned and booked. “I feel confident with the charges that have been filed,” he said. 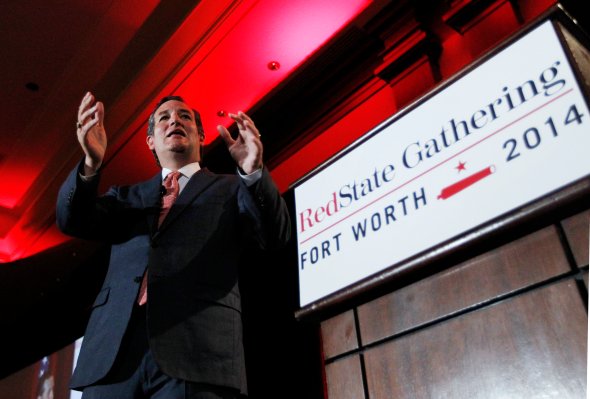