Police in Louisville, Ky. are investigating a teenager accused of starting a “Purge” rumor in the city, a copycat of the eponymous movie in which everyone in the country is allowed to commit any crime for 12 hours with impunity.

A flier circulated on social media proposed a “purge” in Louisville this weekend, but city police said they did not see a higher crime rate on Friday. A higher rate of anonymous tips was reported, but police said locals went about their business as usual despite the threats of violence.

The flier drew the attention of the FBI, local police departments and Jefferson County Public Schools, and some high school football games were reportedly canceled. Police officials announced law enforcement was keeping vigilant, but didn’t specify what tactics it was employing, WKYT reports.

The extra caution came after flash mobs were linked to at least 17 assaults and robberies in the city in the spring. “Due to circumstances that have trended nationally in regards to flash mob violence, in light of what occurred this past spring here, we realize that these things can occur in an instance,” said Louisville Police Sgt. Phil Russell. The police said they had already planned to increase patrols this weekend due to a state fair.

The Purge, which was released in June 2013, posits a futuristic America where all crime is made legal for 12 hours every year to “purge” the population of illegal behavior. So far it has spawned nothing more threatening than a sequel, released in July. 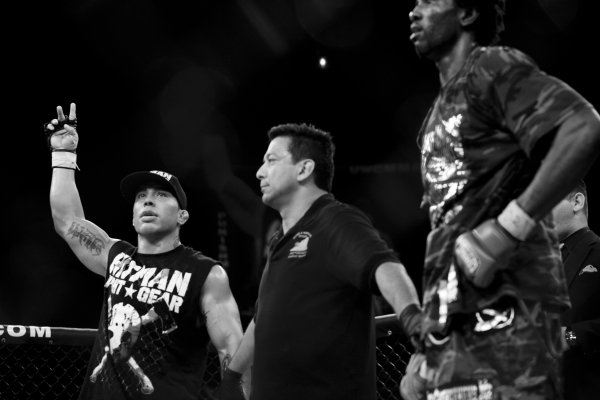