Pope Francis visited a symbolic “cemetery for abortion victims” Saturday during his visit to South Korea, a gesture that strongly reaffirms the Church’s stance against abortion, after suspicion by some that the pontiff might hold tepid anti-abortion views.

The abortion memorial, located at the Kkottongnae home for the sick about 120 miles from Seoul, is a field dotted with white crosses and statues of Joseph, Mary, and Jesus as a child. Francis paused briefly at the site, bowed his head and folded his hand in prayer, the Boston Globe reports.

Jung Kwang-ryul of the Kkottongnae community, described the site as a “one-of-a-kind memorial,” saying the pope’s stop is “a clear testimony of his defense of life.”

South Korea is believed to have one of the highest abortion rates in the world, despite it being illegal except in the case of rape or incest.

During the early days of his papacy, some within the Church questioned Francis’ commitment to opposing abortion. In early interviews, Francis complained that the Church is “obsessed” with moral debates. “We cannot insist only on issues related to abortion, gay marriage and the use of contraceptive methods,” Francis said in one interview.

But since then, Francis has strengthened his anti-abortion credentials with starker statements. “It is necessary to reiterate the strongest opposition to any direct attack on life, especially innocent and defenseless, and her unborn child in the womb is the innocent par excellence,” the pope said in April. 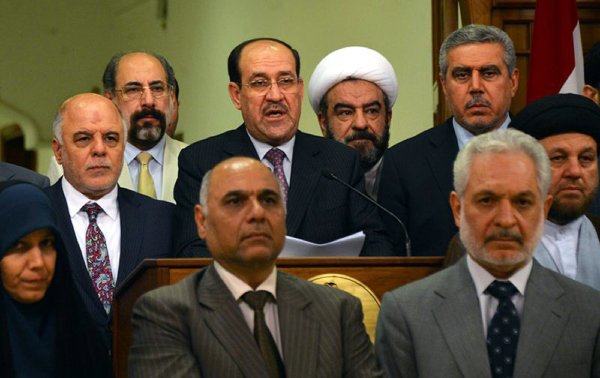 Iraq Looks to New Leader
Next Up: Editor's Pick