A day after a Russian diplomat warned that his country might retaliate against U.S. sanctions over the Crimea crisis by throwing a wrench into nuclear negotiations with Iran, Obama administration officials said they have seen no change in Russia’s negotiating “posture” and insisted easing Iran’s path to a bomb would run against Moscow’s interest.

The topic first came up in Vienna yesterday, when Russia’s Deputy Foreign Minister, Sergei Ryabkov, emerged from talks in Vienna between five other powers and Iran over Tehran’s nuclear program and warned that the Iran negotiations might now be linked to the escalating tensions between Washington and Moscow.

“We wouldn’t like to use these [Iran nuclear] talks as an element of the game of raising the stakes” between Russia and the West, Ryabkov said, according to the Interfax news agency. “But if they force us into that, we will take retaliatory measures here as well.”

The “restoration of historical justice and reunification of Crimea with Russia is incomparable to what we are dealing with in the Iranian issue,” Ryabkov added.

Senior administration officials downplayed the idea on Thursday, saying they had seen “no change in the posture” of the Russians in Vienna. “Nothing was any different at the talks,” the official said.

Surely the same officials are privately concerned. While the U.S. can endure Russia’s annexation of Crimea, Putin’s sabotage of the Iran talks could be a disaster for Obama. Reaching a nuclear deal with Iran remains the president’s top foreign policy priority—and, aside from the dim prospect of a Middle East peace deal, his best chance at a defining foreign affairs legacy.

Putin certainly does have the power to complicate and even ruin Obama’s diplomacy with Tehran. Russia can undermine the united front of the six powers — including China, Great Britain, France, Germany and the U.S. — working to turn a temporary nuclear deal struck with Iran in November into a permanent one designed to ensure Iran does not have the ability to quickly develop a nuclear weapon. It can use its U.N. Security Council veto to block further punishment should Iran accelerate its program or abandon the talks. And it can undermine current sanctions by cutting direct business deals with Tehran. (In a potentially ominous sign, Moscow recently agreed to build two new nuclear power reactors for Iran in exchange for oil).

But while Putin has shown a cold-blooded streak, he has yet to prove himself a stupid strategist. And however much he might relish undermining Obama’s grand foreign policy project, blowing up diplomacy with Iran would be self-defeating, for two main reasons.

Reason one is that a nuclear Iran would be bad for Russia as well as America. Countries that belong to the nuclear club tend not to welcome new members, which diminish their strategic advantage. And while Russia has better relations with Iran than does the U.S, remember that the northern tip of Iran is roughly 160 km from southernmost Russia. “Were Iran to develop a nuclear weapon, that weapon would be a whole lot closer to Russia than to many of us,” says a second senior administration official. Moscow also prefers stability in the Middle East (even if, as an oil exporter, it benefits from high crude prices), but an Iranian bomb could spark nuclear programs in Arab countries like Saudi Arabia, with unpredictable results.

Reason two is that the failure of diplomacy with Iran would likely lead to the thing Putin hates most: American-led military action. The promiscuous use of U.S. force was a central grievance in Putin’s Wednesday speech justifying his annexation of Crimea. President Obama has repeatedly warned that he would use force if necessary to keep Iran from developing a bomb—an idea that turns stomachs at the Kremlin: “Attempts to prepare and implement strikes on Iranian nuclear facilities… are a very, very dangerous idea,” Russian foreign minister Sergei Lavrov said last January. “We hope these ideas will not come to fruition.”

“Russia has no interest in nuclear proliferation, or an escalation of the situation in the Persian Gulf,” said the first administration official on Thursday. “They’re invested in the diplomacy with Iran because it’s in their own interest — it’s not a favor to us.”

All that said, even a cooperative Russia still may not fully agree with the U.S. about how to deal with Iran. Russia has expressed doubts that Iran’s program has a military dimension, and indicated that Tehran should be allowed to maintain a more robust nuclear infrastructure than Washington and Europe are proposing. Former Defense Secretary Robert Gates wrote in his recent memoir that he suspects Russia “still harbor[s] hopes of future economic and political influence in Iran.”

On balance, however, it makes little sense for Putin to shift his policy on such a fundamental strategic issue out of pure spite. Not that he’d mind making Barack Obama sweat over it. 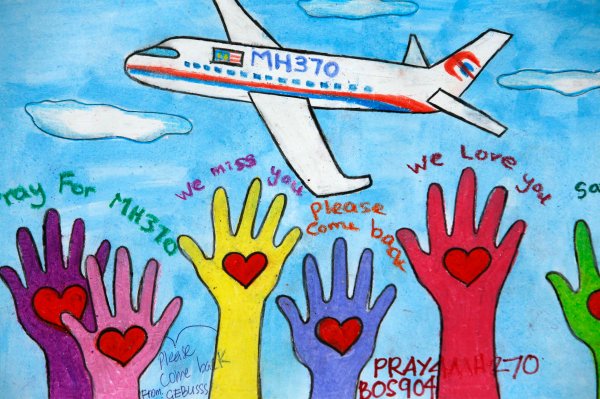