Hook is Hulu's Top Film of the Week

At least in Neverland, Robin Williams will always be with us as Peter Pan.

Fans of Robin Williams have turned to the beloved actor’s work in the days since his death of an apparent suicide, sending the movie Hook, in which Williams plays Peter Pan, rocketing to the top of Hulu’s most-watched list.

The streaming service confirmed to TIME that four clips including Robin Williams were among the top 25 most-watched clips of the week. With Hook the most popular film of the week, another Williams classic, Moscow on the Hudson, was the 9th most popular. The Best of Times was high on the list as well.

Even Williams performance in the television show Mork and Mindy, which broadcast in the 1970s and 1980s, rocketed into the top 80 most popular TV shows.

It’s no surprise that Hulu watchers are binging on some of their favorite Robin Williams flicks available on the site. For millienials, who are particularly likely to watch online streaming services like Hulu and Netflix, Robin Williams was the face and voice of some of the age group’s most cherished childhood characters.

Dante Basco, who played “Rufio,” the punk kid who takes over after Peter Pan leaves Never Never Land, said it well in a blog post after hearing of Williams passing.

“With Hook and so many other films, I, like millions of others became a fan and was always delightfully surprised by the performances he managed to produce. But with his passing, I can’t help to feel, along with my generation,” Basco said, “I can’t help feeling like it’s the death of my childhood. I guess we can’t stay in Neverland forever, we must all grow up.”

— with reporting by Ashley Ross 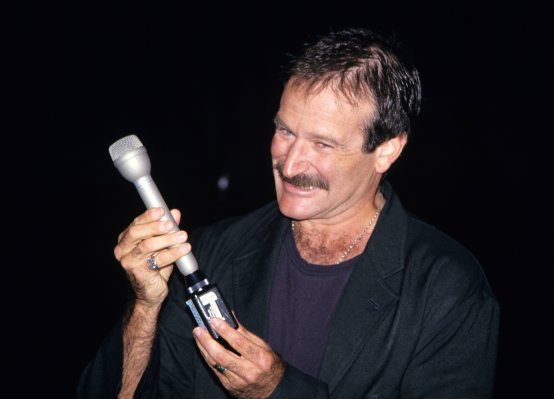