Last week on Outlander, burgeoning feminist Claire Randall flitted off to Scotland for a post-war tryst with her husband, touched an ancient stone that was high on magical Druid fumes, and time-traveled to the 18th century. (Normal.) This week, Claire found herself fully entrenched in the highlands’ undulating moors, and spent much of her time treading the line between spirited free-thinker and whatever word best describes “the urge to bosom-heave at a gaggle of unwashed Scots.” (Maybe there’s a Gaelic word for it!)

Claire’s transformation into a stoic adversary of sexism is more than fully realized, but don’t confuse her for a misandrist. Sure, the former Mrs. Randall now inhabits a world where she’s casually threatened with rape by a bunch of kilted randoms, but she’s all about discovering what lies beneath the skirts of a certain Scottish dreamboat named Jamie. Unfortunately, Jamie’s technically Claire’s captor — and she risks acquiescing the little power she has over her own body by surrendering to their undeniable sexual tension.

Getting around this troubling dynamic is central to this week’s episode of Outlander, which carefully crafts Jamie into a victim of equal standing to Claire. We’re encouraged to forget the fact that he captured Claire against her will, and instead focus on moments that give her power over him — like her ability to seductively tend to his wounds. And speaking of seductive wound-tending, let’s gird our loins, shout “Och aye!” and time-jump into another episode of this torrid show.

In an effort to convince her captors that she can sashay around Scotland like the best of ’em, Claire fully immerses herself in highland life. She ditches her 20th century smock, dons a choker necklace reminiscent of something Britney Spears might have worn in 2004, and even squeezes herself into a corset. But first things first: she must tend to Jamie’s bullet wound, which is a great opportunity for a bonding session — not to mention a great opportunity for Jamie to recount his flogging by Captain Black Jack Randall, aka the Redcoat ancestor of Claire’s husband, Frank.

Thanks to a gloomy flashback, we learn that Jamie was tilling the land / merrily enjoying his kilt flapping in the breeze, when Jack and his ponytail of doom descended from on high and tried to sexually assault his sister. Jamie valiantly tried to protect her from Jack’s physical attack, and though he failed (hence the flogging), he’s clearly a hero in the fight against sexual abuse. In this moment, Jamie becomes more than just Claire’s dashing captor — he’s a champion of women’s rights, he’d rather die than see his sister raped, and his body is a wonderland of sexy scars for Claire to massage with a tragic rag.

But we can’t forget that Claire has a nerdy husband waiting for her in the future, and as she basks in the soft glow radiating from Jamie’s pectoral muscles, she’s overcome with emotion. What if Frank thinks that Claire’s suffered death-by-Druid — or, “worst of all,” that she’s left him for another man? Either way, Claire’s fear that Frank would prefer her death to her infidelity makes me feel less sympathetic to his loss, and totally on board with Claire and Jamie’s quivering lips.

Claire’s officially in 1743 Scotland under the reign of King George II — a fact that she familiarizes herself with while snooping around the offices of her host, Colum MacKenzie, before sitting down for a chat and unleashing her feminist fury upon him. Not only does Claire spare no detail recounting Black Jack’s attempted sexual assault, she muses, “Is there ever a good reason for rape?” when Colum ventures into the territory of victim-blaming. Basically, Claire pulls the 18th century equivalent of a #yesallwomen campaign, and celebrates her victory by standing on a buttress and smiling vacantly at some wee bonny children.

But wait — I’m concerned about Colum, and not just because his beard is a different color than his free-flowing wig. This inquisitive Scot and his brother, Dougal, are the only people in 1743 who’ve noticed that Claire has a sporran full of secrets, and they suspect that she’s an English spy. Will Colum and Dougal allow Claire to travel back to Inverness so she can hop in the stone circle equivalent of a DeLorean and go back to the future? Probably not, but while Claire waits in limbo she decides to visit Jamie in “the stables,” where he spends his time prancing around with his horse friends and living out the real-life version of a romance novel.

It should be noted that upon seeing Claire, Jamie compliments her personality rather than her staggering beauty, and then muses on his favorite subject: flogging. Turns out there’s a price on Jamie’s head for allegedly murdering a Redcoat soldier, and as such he’s an outlaw. Jamie’s revelation is verification of his outlander-status (yet another thing he has in common with Claire), but also proves his willingness to shift the power dynamic in their relationship. Jamie might have captured Claire by force, but he’s purposefully giving her information that could lead to his death. Or at the very least to some more flogging.

Claire’s transition from progressive modern woman to full-throttle feminist wouldn’t be complete without an assertion of her pro-choice beliefs, which are reflected in townie witch Geillis Duncan. Claire meets Geillis while picking poisonous mushrooms in a field (as ya do), and she promptly schools Claire in the local abortifacient botany. We’ll see how this pointed chat plays out during the rest of Outlander‘s first season, but for now the fast friends head to a banquet hall where Jamie once again reminds everyone that he’s super-duper into women’s rights. Basically, our favorite hirsute clansman sacrifices his own body to save a local woman from public beating as punishment for being “loose.”

I repeat, in the course of one episode, Jamie stands up to rapists, compliments Claire on her personality, and scorns 18th century slut-shaming. His reward? Sponge baths from Scotland’s most hardcore feminist prisoner (because nope, Dougal and Colum don’t release Claire), and the promise of me (and you, viewer!) tuning into another stirring episode of Outlander. 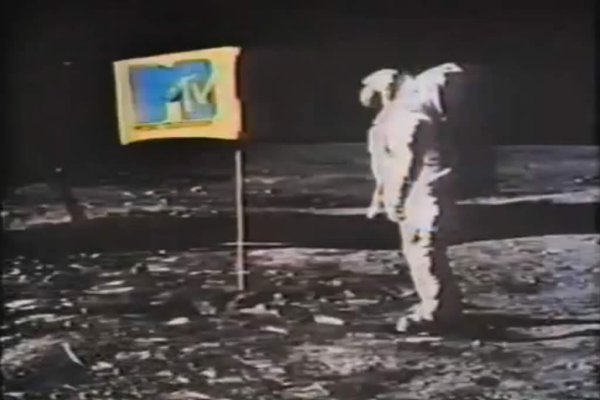 Snooki Who?: The Cool, Edgy, Other MTV You Didn't Know Existed
Next Up: Editor's Pick