Rush Truck Centers/Mobil 1 Chevrolet, driven by Regan Smith, is pushed to the grid with police escort prior to the NASCAR Sprint Cup Series Cheez-It 355 at Watkins Glen International on Aug. 10, 2014 in Watkins Glen, N.Y.
Jeff Zelevansky—Getty Images
By Alex Rogers

NASCAR announced new rules Friday to protect the safety of its drivers, a day after the funeral of Kevin Ward Jr., the NASCAR Sprint Cup driver struck and killed by Tony Stewart’s car during a race this month.

The new rules state that “at no time” should a driver or crew member approach another moving vehicle or the racing surface after an on track incident that prohibits the car from moving forward. The driver must then proceed as directed by safety officers and other cars “should slow down to a cautious speed” as already outlined by Nascar’s “Yellow Flag” rules. Nascar said it would handle potential penalties for infractions on a case by case basis.

Stewart could face criminal charges after striking Ward, who left his vehicle after it was clipped by Stewart’s car, sending his car crashing into the wall. Stewart has decided to not participate in Sunday’s Michigan International Speedway race as scheduled. 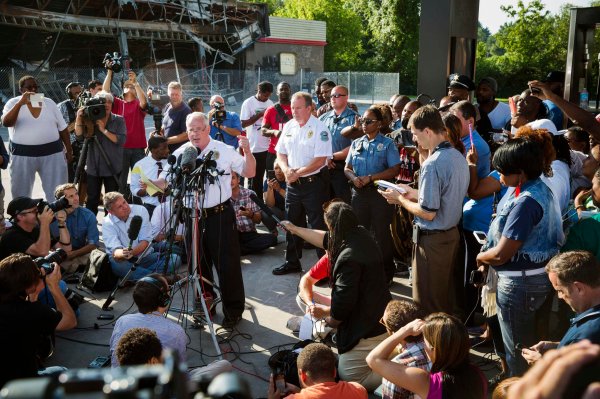 Officer Named in Teen's Death
Next Up: Editor's Pick