It’s hard to get to Tibet. But as tough as that is, a more difficult feat is to get something out.

For the 98% of Tibetans still living in Tibet, the best way to preserve their culture from the growing influence of Han Chinese migrants is to send it abroad, preferably in secret. Say, in the bottom of a steamer trunk in the dead of night. That is where the Tenzin Phuntsog found 16 films, some of which hadn’t been seen in nearly 50 years.

Using his own money and learning from friends along the way, Phuntsog restored and digitized the films, creating the Tibet Film Archive. Now, Phuntsog tells TIME, comes the tricky part: Getting the films back into Tibet to show the people who need to see them the most.

In 1939, Nazi Germany sent an unprecedented expedition to Tibet complete with botanists, anthropologists, photographers and a film camera operator. Despite receiving part of their funding from the infamous Nazi leader Heinrich Himmler—and being forced into becoming S.S. officers themselves—the scientists still collected artifacts, made maps and documented the land for European eyes.

The traveler who chronicled the story of Lawrence of Arabia also made trips to Tibet. The film shows a young candidate for the position of Panchen Lama, a spiritual leader like the Dalai Lama—or possibly the 10th Panchen Lama as a youth—while documenting the monastic life central to Tibetan culture.

The Religious Investiture of His Holiness the Dalai Lama (1970)

Given the newsreel treatment in the 70s, the original footage in this film was shot before the Dalai Lama fled Tibet into exile in India in 1959. Depicting the Geshe exam, a scholarly test, taken by the current Dalai Lama, the film serves as proof that the Dalai Lama attained his rank legitimately—and more importantly, in Tibet. 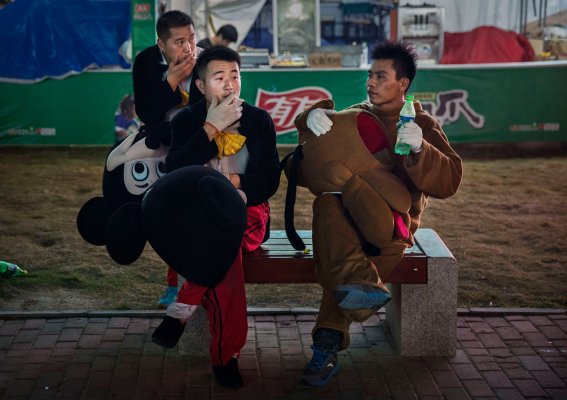 China Proposes Ban on Smoking in Public Places
Next Up: Editor's Pick