Executives at Japanese-owned Sony Pictures appear to have yielded in the face of increasing anger from North Korea over an upcoming comedy flick, The Interview, writes the Hollywood Reporter.

The movie stars Seth Rogen and James Franco, and much to Pyongyang’s dismay its plot follows two American broadcast journalists who are recruited as CIA agents and ordered to assassinate the communist state’s Supreme Leader Kim Jong Un after they score an interview with him.

According to the Hollywood Reporter, the studio plans to digitally alter thousands of buttons worn by extras so that they no longer depict the actual buttons worn by the North Korean military to honor Kim Jong Un and his father Kim Jong Il. Sony is also considering cutting a scene where Kim Jong Un’s face is “melted off graphically in slow motion.”

In June, North Korean authorities labeled the film a “wanton act of terror” and threatened a “merciless” retaliation against the U.S. if the movie was released. The Interview was originally set to hit the big screen in October; however, because of the controversy, its release date has been knocked back to December. 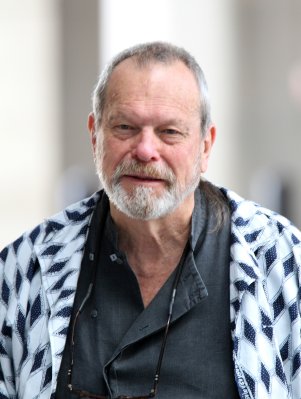 Director Terry Gilliam Sued Over Mural
Next Up: Editor's Pick