Tom Hanks Has a Typewriter iPad App, and It's Actually Decent

Tom Hanks knows this, so he commissioned some app developers to create a typewriter app for iPad bearing his name. You can download Hanx Writer for free right now.

It’s actually not bad. Each key rings out a little thwock when you tap on it, and you can see the type bar quickly hammer each letter (sort of a faded Courier New) onto the page. You also have the option to strike through deleted characters with an “x” instead of erasing them completely.

The basic version includes one typewriter style, text color and ribbon color, but you can purchase two other keyboards for $3 each or unlock everything for $5. Although some other apps have tried to mimic old typewriters before, this is the most full-featured one I’ve seen, and it’s also the only one whose basic features are free.

In the app’s welcome letter, Hanks explains how he bought a typewriter in the 1970s and has since become a collector: “I write without caring about typeovers, XXXX’d out words, goofy syntax, & bad spelling because the feel & sound of a typewriter is satisfying in ways that couldn’t be matched. — Until now!” (Note: It’s probably harder to get away with bad syntax and crossed-out words if you’re not Tom Hanks.)

Incidentally, a company called QWERKY is working on a Bluetooth iPad keyboard in the style of old typewriters. You could probably use the app and the keyboard together and go full hipster. 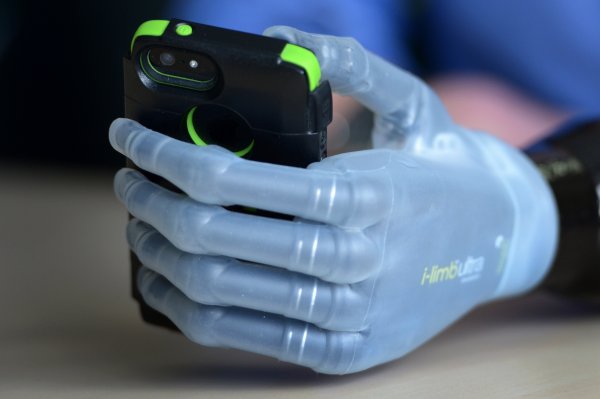 Apple's iPhone Is at the Center of Another Major Revolution
Next Up: Editor's Pick