The media have had difficulty obtaining footage of the continuing unrest in Ferguson: reporters and camera crews have been kept at bay, and the Federal Aviation Administration issued a no-fly zone over Ferguson, prohibiting private aircrafts, including news helicopters, from flying below 3,000 feet in a 3-mile radius around the town.

In the rare footage above, police can be seen blasting deafening sirens at the protesters gathered in the streets. Shortly after, Ferguson police are shown shooting teargas canisters and rubber bullets at them. The footage shown was shot around 8:45-9:00pm Wednesday evening. 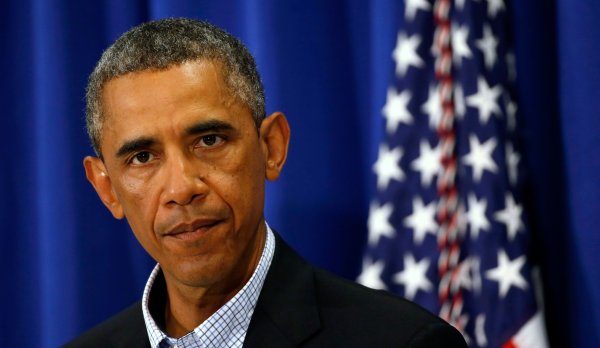 Obama: 'No Excuse' for Ferguson Violence
Next Up: Editor's Pick