It’s an unfortunate but well-known fact that women trail men in most metrics of business success. But a recent study shows there’s one area of enterprise where women are surging ahead: raising money online via crowdfunding.

On Kickstarter, where backers make monetary donations to projects and businesses in exchange for small rewards, about two-thirds of women-led technology projects reach their fundraising goals, compared with a little less than one-third of male tech ventures, according to the July study from the University of Pennsylvania. Overall, the study found that women are 13% more likely to meet their Kickstarter goals, after controlling for factors like project type and amount of money.

Ethan Mollick, an assistant professor at the Wharton business school at Penn who co-wrote the study, told the Wall Street Journal that women’s success on Kickstarter may be precisely because they are so underrepresented in areas like gaming and technology. These female-started ventures get backed by “women who are activists who want to reach out and help other women,” he said.

That was certainly the experience of Joanna Griffiths, who raised $100,000 on Indiegogo, another crowdfunding site, for her women’s underwear line Knix Wear Inc.. The money came largely from women backers. “It’s a female product. It’s a female team,” she told WSJ. “There’s very much a connection there.”

Alicia Robb, a senior fellow at the Ewing Marion Kauffman Foundation, authored another study on crowdfunding that found 40% of Kickstarter ventures funded by women were led by women, compared with only 23% of projects backed by men.

In other words, women are more likely to support other women than men are. 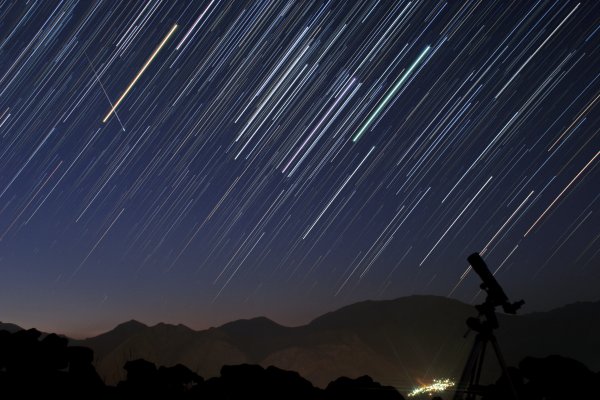 Today's Google Doodle Is a Stunning Celebration of the Perseid Meteor Shower
Next Up: Editor's Pick