The press office for Russian Prime Minister Dmitry Medvedev denied that he was stepping down Thursday after his Twitter account was apparently hacked, Bloomberg reports.

“The Twitter account of the prime minister was hacked and the recent posts about his resignation and plans to become a freelance photographer are false,” an unnamed government press official told Bloomberg.

On Thursday morning, a tweet from Medvedev’s account said: “I’m quitting. Ashamed of the government’s actions. Forgive me.”

That post, which has since been taken down along with others posted on Thursday, reflected a similar post made by Deputy Economy Minister Sergei Belyakov, who was fired last week after criticizing the government, according to Bloomberg.

Another post, according to the Moscow Times, read: “I’m going to become a freelance photographer!”

Still another took aim at Russian President Vladimir Putin, who is engaged in a showdown with the West over Ukraine and is largely seen as holding the reins of power in Russia. Using Putin’s nickname, the tweet said: “I wanted to say this long ago: Vova, you aren’t right.” 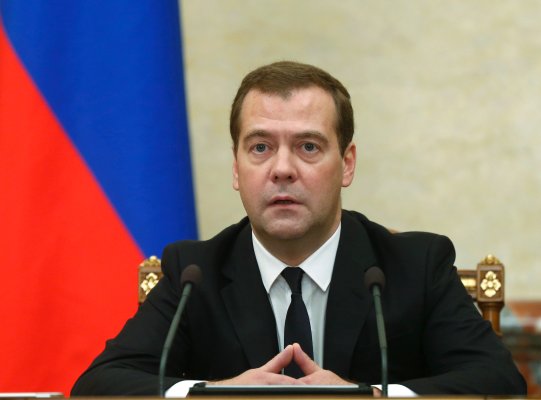 Russia Picks Food Fight With the West
Next Up: Editor's Pick