These Are America’s Best Companies to Work For

The Facebook Inc. and Twitter Inc. company logos are seen on an advertising sign during the Apps World Multi-Platform Developer Show in London, U.K., on Wednesday, Oct. 23, 2013.
Bloomberg/Getty Images

No one knows more about a workplace than its employees. Employee opinions reflect basic measures, such as pay, perks, benefits, and hours worked. But they are also influenced by factors such as a company’s culture, internal politics, and even general mood — intangibles that can be lost in internal audits and consultancy surveys.

While companies have websites, public relations teams, and recruiters to tailor their message to prospective hires, employees have far fewer forums to communicate their views. Glassdoor.com, a career community website, provides the opportunity for employees to give their own opinions, and for potential employees to research the company. To identify the 75 Best Companies to Work For, 24/7 Wall St. examined company ratings provided by current and former employees to Glassdoor.com. (See how we made our list on the last page of this article.)

Employees in certain sectors are far more likely to offer a positive opinion of their employer than others. Technology companies are certainly well represented among the highest-rated employers, as are consulting firms. Of the 75 best companies, only 12 received an average rating of 4.0 or higher out of 5. Of these, four are in the technology space — Facebook, Google, LinkedIn, and Riverbed Technology — and three are consulting firms.

Being a market leader also appears to help. Many well-reviewed companies are the leaders in their respective industries, and as a result are financially successful. Apple, Intel, Procter & Gamble, and Walt Disney are all among the top-rated employers on Glassdoor.com and among the largest public companies in the world by market capitalization. Others are leaders in public relations, like Edelman and auditing giant EY, formerly Ernst & Young.

Not surprisingly, companies with strong employee reviews also give CEOs good grades. It would seem leadership matters, not just for running a company and producing returns for shareholders, but also for promoting employee satisfaction. Among the 75 best companies to work for, 38 have CEOs with an approval rating of 90% or higher. In all, just 10 CEOs have an approval rating below 80%, and all have the endorsement of at least two-thirds of their employees.

These are America’s Best Companies to Work For

According to the company: “Founded in 2003, LinkedIn connects the world’s professionals to make them more productive and successful. With over 300 million members worldwide…LinkedIn is the world’s largest professional network on the Internet.”

LinkedIn is the nation’s best company to work for, based on ratings awarded by current and former employees at Glassdoor.com. Of course, high pay doesn’t hurt employee morale. According to Glassdoor.com, the average software engineer reported an annual salary of $127,817, while the average senior software engineer reported an annual salary of $145,192. Like other technology companies, LinkedIn has excellent perks and good, free food, but employees at the company also rave about good work-life balance and a confident, inspired leadership. In fact, 97% of reviewers have a high opinion of CEO Jeff Weiner, higher than all but a few other CEOs. However, LinkedIn is also proof no employer is perfect — the company recently agreed to pay $6 million to hundreds of employees for unpaid overtime, plus damages.

According to the company: “Facebook’s mission is to give people the power to share and make the world more open and connected. People use Facebook to stay connected with friends and family, to discover what’s going on in the world, and to share and express what matters to them.”

Facebook is a rapidly growing and highly profitable company. It is also increasingly successful at reaching users on their mobile phones. The company’s success has not only captivated investors — Facebook’s market capitalization is currently $189 billion — but also potential employees. In fact, technology giant Google was so worried about employees leaving for Facebook that it began to provide a counter offer to employees recruited by Facebook within one hour, The Wall Street Journal recently reported. Strong benefits and perks are just one of the repeatedly mentioned advantages of working at Facebook, according to Glassdoor.com. A relatively flat hierarchy and a fast-paced workday are other characteristics of the company that employees enjoy.

According to the company: “Eastman is a global specialty chemical company that produces a broad range of products found in items people use every day.”

Specialty chemicals maker Eastman receives rave reviews from employees. Workers at Eastman frequently cite work-life balance, helpful colleagues and strong teamwork, as well as a good corporate culture in their reviews. Workers also praise the company’s dedication to workplace safety. According to the company, safety forms one of Eastman’s core values. The company publicly tracks and discloses its own safety track record, as well as its internal goals for workplace safety. The small town nature of Kingsport, Tennessee, where Eastman is headquartered, is among the few complaints occasionally mentioned in Glassdoor.com reviews.

According to the company: “Through a nationwide network of 37 regional offices, Insight Global provides clients exceptional IT technicians and consultants to meet the demanding technology challenges of today.”

Insight Global is an IT staffing firm, filling over 20,000 positions a year, according to the company. Workers who were assigned jobs through the company rave about its staffing practices, noting that Insight Global’s recruiters are polite and exceptionally helpful. Many reviewers on Glassdoor.com also note that they were placed very quickly. In one such review a worker notes, “I literally got a job in under 24 hours!” Insight Global says it is on track to exceed $1 billion in annual revenue by the end of 2014.

According to the company: “Bain & Company is one of the world’s leading management consulting firms. We work with top executives to help them make better decisions, convert those decisions to actions, and deliver the sustainable success they desire.”

Bain & Company is the highest-rated consulting firm on this list, surpassing rivals McKinsey & Company and Boston Consulting Group. Bain notes on its website that, historically, client companies have dramatically outperformed the S&P 500. Also indicative of the company’s success, current worldwide managing director Bob Bechek received a nearly unanimous approval rating of 99%. Employees praise the company on multiple fronts, citing its emphasis on professional development and the quality of the workplace culture at Bain. When employees do complain, it is about long hours and demanding travel schedules. 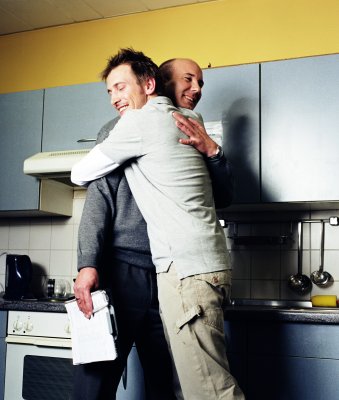 7 Ways to Become Your Boss' Dream Employee
Next Up: Editor's Pick