Katrina Wiley talks to a class on the first day of school at H.W. Byers High School
Brian Powers for TIME
By Haley Sweetland-Edwards/Holly Springs

Bettye Farrow-Williams leaned back in a worn metal desk chair, laced her fuchsia fingernails into a prayerlike pose and declared that the world had lost its mind. “Everybody is in a panic,” she said on a recent Thursday morning at H.W. Byers High School in rural Holly Springs, Miss., where she has spent the past 49 years teaching social studies. Farrow-Williams was talking not just about her colleagues at Byers but also about the thousands of teachers, students, administrators and parents across Mississippi who are finding themselves at the center of an increasingly pitched battle over a set of new education standards known as Common Core.

The standards were designed by state officials as a way to make sure that students in, say, Montana are learning at the same level as their counterparts in Maine. But as Common Core is rolled out this month in every grade level at every public school in the 41 states that have adopted it, the political controversy surrounding its implementation threatens to derail a program once hailed as a model of bipartisan accomplishment.

In Mississippi, some teachers began the school year on Aug. 11 without knowing if Common Core would still be in place in the state by Christmas, while students aren’t sure which exams they will need to study for. Administrators, meanwhile, don’t have enough information to give straight answers. “People don’t know what to expect,” says Dante Thornton, the executive principal of Byers, which sits on a two-lane highway between a gas station and a Baptist church. “That’s causing a frenzy.”

Part of the challenge is that implementing a new statewide program, even in the best circumstances, comes with some hiccups. “It’s like taking a wild hog and putting it in a tame place and thinking it’s going to be tame right away,” says Katrina Wiley, who teaches special education at Byers. “It’s going to buck against the system for a while.”

But the problem is larger than that. Over the past two years, Common Core has become one of the most politically radioactive issues in Mississippi. Seeing the standards as a federal incursion into state and local control of schools, some parents and Tea Partyers have flooded local newspapers and online political forums to decry Common Core as everything from a broken “federal curriculum” to a tool of cultural warfare designed to brainwash children with an anti-Christian, anticapitalist and anti-American ideology. At least one local activist compared it to a “Muslim takeover of schools,” the rhetorical equivalent, in the Bible Belt, of dropping an A-bomb.

Under pressure from this angry conservative base, Republican elected officials in Mississippi have started distancing themselves from the standards and may even vote to dump them midyear. In June, Governor Phil Bryant, who had once celebrated Common Core, called it “a failed program.”

The same political battle is playing out on the national stage, where Common Core has become a proxy for simmering anger at the Obama Administration and a larger distrust of government. The fight has created strange bedfellows. In opposition, conservative groups are united with traditional lefties and local teachers’ unions, which object to some of the curriculums and homework assignments chosen by their states and districts and to the emphasis on standardized tests to evaluate teacher performance. Meanwhile, President Obama finds himself backed on the standards not by the liberal base that helped elect him but by national business groups and corporate leaders, who see the program as critical to building a more capable workforce.

Caught between these two fragile alliances are Republican politicians, who must choose between the demands of Tea Party–backed groups and those of Establishment forces like the U.S. Chamber of Commerce. It has been an ugly fight. In a two-hour presentation this summer that was later rebroadcast in movie theaters across the country, right-wing pundits Glenn Beck and Michelle Malkin compared Common Core to communism and Nazism. So far at least nine Republican governors–including New Jersey’s Chris Christie and Louisiana’s Bobby Jindal, both 2016 presidential hopefuls–have tempered or retracted their support for the standards. After Indiana Governor Mike Pence signed legislation ditching Common Core in March, a committee rewrote the Hoosier State’s standards. They are now virtually identical to Common Core, minus the toxic name.

The political backlash has taken many supporters by surprise. Five years ago, the atmosphere was practically that of a bipartisan love-in when the National Governors Association and a group of the states’ highest-ranking school officials convened, with the support of the Bill & Melinda Gates Foundation, to draft the standards that became Common Core. The federal government backed the initiative, offering Department of Education grants to states as an incentive to adopt it, but it did not oversee the effort. The two biggest teachers’ unions and the national business community supported the final draft, and by early 2011, 40 states had signed on to the shared standards. In the next two years, five more followed suit.

Which made sense. The idea behind Common Core can be traced back to Ronald Reagan and was later championed by Presidents Bill Clinton and George W. Bush: to create a set of rigorous but broadly defined academic concepts in math and English for levels from kindergarten through the end of high school that every American student should grasp. Among the expectations: all kindergartners should be able to count from 1 to 100 by 10s and 1s; all third-graders should be able to figure out the perimeter of a shape, given the length of the sides; and all sixth-graders should be able to write a short narrative of a historical event. While Common Core does not prescribe a specific curriculum or reading list–that’s left up to states and local school districts–it does emphasize teaching critical-thinking skills over rote memorization, and accompanying standardized tests attempt to measure that. Rather than traditional fill-in-the-bubble multiple-choice exams, Common Core–aligned tests, which will be taken on computers in most school districts in spring, will include interactive problem solving and, in some instances, require students to provide a written justification for their answers.

The hope of supporters is that Common Core states will be able to measure whether their students have the skills they need in an increasingly mobile and globalized economy. As of 2012, at least 20% of college freshmen in the U.S. had to take remedial courses, a detour that not only derails many students’ journey to a diploma but also costs taxpayers an estimated $2.5 billion a year in financial aid.

But that hope requires states to stay on board, and in Mississippi the politics appears to be tilting against Common Core. This fall, the state legislature could vote to repeal the program. If it does, teachers may be asked to revert midyear to an older set of state standards, which the conservative Fordham Institute dismissed in 2010 as among the worst in the country. In that case, students could be required to take state exams different from the ones for which they spent the year preparing.

“Teachers really want to know if there is going to be follow-through on this in our state,” says Jerry Moore, the superintendent of the Marshall County school district, which includes Byers. “I tell them that’s a really good question.”

Proponents of Common Core say they are working to head off the uncertainty by making the implementation process go as smoothly as possible. The Mississippi department of education has deployed teams of Common Core experts across the state to help teachers and administrators grapple with the new requirements and will disseminate information packets to legislators this fall. “A huge challenge this year will be educating the general public about what the Common Core is and what it is not,” says Mississippi superintendent Carey Wright.

Meanwhile, teachers at Byers, where fewer than 70% of seniors in the class of 2013 graduated in four years, will do as they’ve always done. For Bettye Farrow-Williams, that means keeping her eye on a simple goal. “Show up every day,” she says, “and teach the very best we can.” 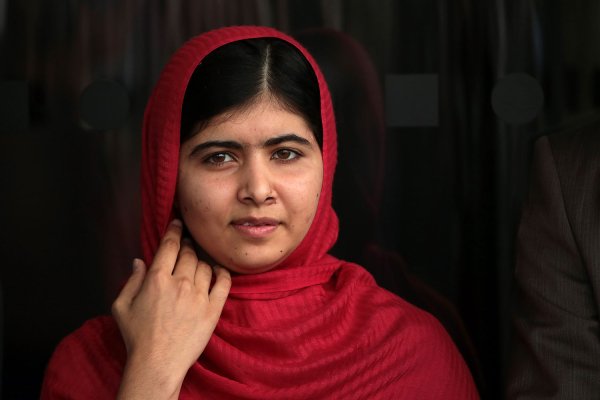