Edinburgh Festival Fringe entertainers perform on the Royal Mile on August 14, 2014 in Edinburgh, Scotland. The largest performing arts festival in the world, this year's festival hosts more than 3,000 shows in nearly 300 venues across the city.
Jeff J Mitchell—Getty Images
By Catherine Mayer

The voters of Scotland must wait until the Sept. 18 referendum to decide whether they want to remain citizens of Great Britain or become citizens of a newly independent country. But audiences at a play currently on as part of the Edinburgh Fringe Festival have been casting their votes on a daily basis. Towards the end of Alan Bissett’s play, The Pure, the Dead and the Brilliant, everybody in the auditorium is asked to hold up his or her program, folded to show a YES for Scottish independence or a NO for remaining in the United Kingdom. After a stunning piece of theater, in which the devil — Black Donald in Scottish lore — plots to keep Scotland too scared and befuddled to choose to go it alone, audiences reliably deliver a landslide for the YES camp.

In the real world, the polls have been showing a different outcome, with the campaign for staying in the Union maintaining a lead of 46% to 36% according to the latest poll. But a record turnout is expected — perhaps as high as 80%; and with 16- and 17-year-olds allowed for the first time to cast a ballot and a swathe of voters genuinely undecided, the referendum promises to be a nail-biter. Nobody can say for sure how an independent Scotland would function or what its wider impact would be, but everybody knows its separation from England, Wales and Northern Ireland would unleash a period of even greater uncertainty. Great Britain might need a new name (Lesser Britain?) and a new flag (the current, and iconic, Union flag incorporates the cross of Scotland’s St. Andrew). Scotland might need a new currency and a new relationship with the European Union. The pro-independence campaign predicts a standalone Scotland would flourish like parts of Scandinavia, an example of virtuous social democracy, a caring state contrasting with its neoliberal, austerity-ridden neighbors to the south. Voices arguing for Union suggest little Scotland would falter outside the U.K.’s protective embrace.

Defense chiefs worry that the Scottish National Party’s pledge to rid an independent Scotland of nuclear warheads would entail the loss to the remainder of the United Kingdom of its nuclear deterrent, currently carried on submarines based at Faslane on the Scottish coast, because there is no suitable alternative site in England. In some gloomy scenarios, the U.K. stands to lose its permanent seat on the U.N. Security Council because of its diminished size and might. It would certainly lose at least some of its capacity, and willingness, to intervene in foreign conflicts. Separatist movements in other countries would surely take heart from Scotland’s example. And for years to come politicians in the British parliament — their numbers reduced by the loss of Scottish colleagues, handing the Conservatives, who have only one Scottish member of the British parliament at present, a huge advantage over Labour, who would to lose 41 MPs at a stroke — would wrangle with their empowered opposite numbers in the current Scottish parliament over the divorce settlement. The key points of contention: who owns North Sea oil and gas, and who keeps Scotland’s debt?

The choice facing voters is all about the future, but as Bissett’s play demonstrates, many of the arguments roiling the debate are rooted in a mythical past. In the first scene a sprite from folklore, Bogle (the name gave rise to the term “bogeyman”), picks up a DVD of Mel Gibson’s Braveheart and says, emotionally, “that film gets me every time”. The movie’s false version of history — of a Scotland subdued by England through treachery and muscle and not, in a more complex reality, entering the Union as partners and often benefiting from it — has for years provided fuel to the independence movement. Bissett’s pro-independence play suggests that the Scottish will no longer depend on their tartan mythologies when they are freed, not from England but their own fears.

Elsewhere in Edinburgh, holding its famous concurrent arts festivals, alternative visions for Scotland are being laid out on stages and at podiums far more pungently than politicians dare risk. All Back to Bowie’s, a daily cabaret involving panel debates, comedy and poetry derives its name from David Bowie’s pro-Union message to Scotland: “stay with us”. The organisers pretend to have taken this invitation at face value and set the action in a tent atop Bowie’s Manhattan apartment. Again, sentiment routinely skews towards independence.

The audiences may not reflect Scotland’s voting population, but the appeal of the independence message against the sobersided caution of the pro-Union camp is clear. Come September, life may just imitate art and deliver a verdict that will resonate far beyond Great Britain — or whatever the rump nation decides to call itself. 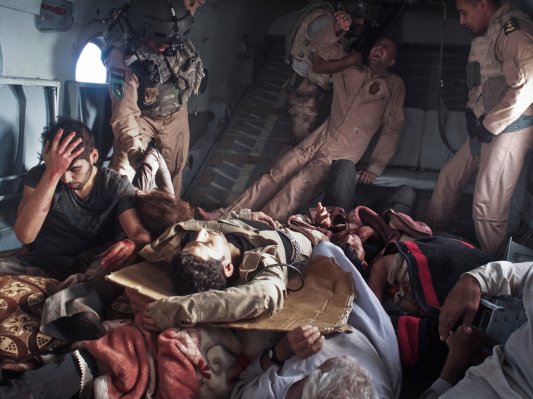 Into Kurdistan
Next Up: Editor's Pick