What We Can Learn From Australia and Turning Off the Tap

As an Australian, I have been taught from birth the value of water. In school, history lessons always included details of early explorers who died of thirst, such as Robert O’ Hara Burke and William John Wills’ disastrous expedition between the Gulf of Carpenteria and Melbourne in 1861. Today, the threat remains; it’s not uncommon for people to die from lack of water when their cars break down in the Outback.

And while we’re used to water scarcity in Australia, we do have particular periods of national drought, the latest stretching from 1997 to 2010. It has taught all of us that water is priceless, because we cannot live without it. It’s also brought a greater understanding in Australia’s towns and cities of what it is like to live in the bush. A drought so long and severe required all Australians to bear the burden.

Schools and community groups got deeply involved in Waterwatch, a national volunteer water quality monitoring and water education program. Farmers installed observation bores on their property and regularly measured water table levels and groundwater quality, to guard against salinity that can spoil water and land in droughts. If you drove into a country town during the drought, the first thing you saw was a large sign stating the level of water restrictions.

In the cities, people stopped washing cars, then stopped watering lawns, and then stopped watering gardens. Many of us had a bucket between our legs in the shower, but that was voluntary! The country has expanded water recycling, with many places aiming to recycle 100 percent of their waste water. We also invested heavily in desalination (though now, because the drought has dissipated, much of the expensive, energy-consuming equipment is no longer needed). The Australian nation has had to learn together to learn to turn the tap off and treat fresh water as a valuable resource.

Australians love water and we mostly live by the sea, but getting access to fresh water is getting more dangerous for those in the northern parts of Australia. Recently a 15-foot-long crocodile plucked a bloke out of his boat in front of his family in a national park. The croc was shot (a rare event, since crocs have been protected from shooting since 1972) and the man’s body recovered. The culprit was as much the dry conditions as the croc. Crocs always guard their piece of waterway, and they are always growing bigger. As it gets drier, the big crocs and humans have less water to use, and are drawn closer together.

As an agricultural consultant on a recent trip to Northern Queensland, which is still in drought, I was introduced to a new term: “sell’em or smell’em,” meaning that that if you do not sell your cattle livestock, you will smell them dead. There was just not enough water to keep them alive.

But droughts are not new to Australia and historically our landscapes have been able to function and flourish. The question is how a modern society can cope with the droughts, which affect everyone in our nation. Perhaps we can learn from Peter Andrews, a racehorse breeder and grazier from New South Wales, who wrote an excellent book called Back from the Brink. The book explains how the Australian landscape was distinguished by its ability to hold fresh water underground in huge floodplains. These plains released water over time, but also accommodated floodwaters by absorbing them into underground aquifers.

This natural process stored excess water and then released it in dry times, feeding streams at their highest point. Reed beds acted like biological safety values. They held water back and the water would rise. The rising floodwater and floating debris increases leverage on the top of the reeds. Then they would flatten like a protective blanket, protecting what was beneath them.

This process is no more as livestock and machinery have drained the floodplains of fresh water, removed the reed beds and in many cases allowed salt to move down into the lower parts of the landscape. The drought has again taught us that we need to mimic nature and learn to read the landscape in order to start to repair it.

For those in drought, my simple message is to remember that a drought normally ends with some form of flood, which can do more damage. As there is little vegetation to slow down the flow of water and precious topsoil is washed away, too much water ends up degrading farmland and undermining bridge foundations. You can’t erase a drought all at once. So be prepared.

Gwyn Jones is an agricultural consultant in Mudgeeraba, Queensland, Australia. This was written for Zocalo Public Square. 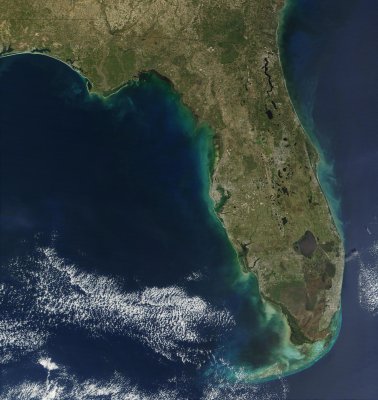