Pure bee venom injected into the bloodstream is highly lethal, but researchers say that parts of the venom could useful in making drugs to treat some kinds of cancer. In a new study, scientists took bee venom, as well as that of snakes and scorpions, and separated out proteins and peptides within it in to test if they could be used to block tumor growth without harming patients.

Indeed, the scientists discovered that a specific substance within the venom, called melittin, can keep malignant cells from spreading. But bees don’t make enough venom for it to be feasible to harvest it naturally, so the researchers made synthetic melittin in the lab for their tests.

The researchers, with the University of Illinois at Urbana-Champaign, presented their findings this week at the 248th National Meeting of the American Chemical Society in San Francisco.

“We have safely used venom toxins in tiny nanometer-sized particles to treat breast cancer and melanoma cells in the laboratory,” lead researcher Dipanjan Pan said in a statement. “These particles, which are camouflaged from the immune system, take the toxin directly to the cancer cells, sparing normal tissue.”

The next step, Pan says, is to test the substance on animals and then, he hopes, people. 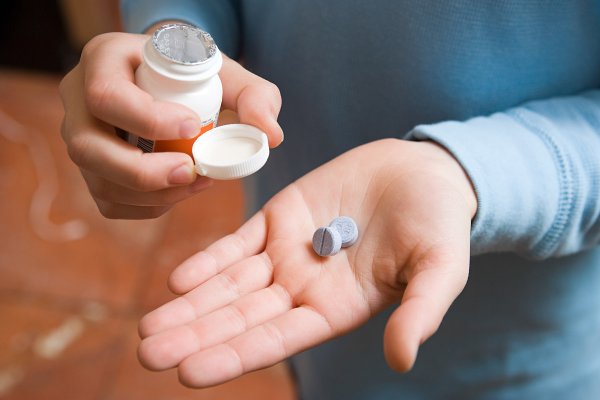 Here Is Another Reason to Take Aspirin Daily
Next Up: Editor's Pick