We Need To Do Better Than the Ice Bucket Challenge

I remember the first time I heard about the Ice Bucket Challenge. It was a few weeks ago when photos and videos of people dumping water on their heads began appearing on Facebook. Soon, I started to see headlines on twitter mentioning one famous person jokingly challenging another. It sounded fun.

I also remember when I found out the Ice Bucket Challenge was started to combat ALS, the neurodegenerative disease my father died from 18 years ago. That was last Saturday. Initially, I was overjoyed all this attention was now focused on ending a disease that had caused me so much pain. My favorite hockey stars were participating, and Ethel Kennedy even challenged the president to douse himself.

But when I looked closer, I became uneasy. No wonder it took me weeks to learn the Ice Bucket Challenge was linked to ALS. Most of its participants, including Kennedy and Today’s Matt Lauer didn’t mention the disease at all. The chance to jump on the latest trend was an end in itself. In fact, the challenge’s structure seems almost inherently offensive to those touched by ALS. Here’s how the ALS Association describes the rules:

That means everyone you’ve ever seen dump water on themselves, per the rules, is not asked to donate. They may choose to, but the viral nature of this fad appears centered around an aversion to giving to money. “Want to help fight this disease? No? Well, then you better dump some cold water on your head.” The challenge even seems to be suggesting that being cold, wet, and uncomfortable is preferable to fighting ALS.

Ice Bucket defenders would argue this is all just meant to “raise awareness,” meaning those who participate are still doing good without donating. ALS needs all the awareness it can get, but somehow I doubt many learned a whole lot from contextless tweets of wet celebs smiling and laughing.

But here’s where my argument breaks down. Problematic elements aside, the Ice Bucket Challenge has raised $2.3 million since July 29th. That money will go towards treating people just like my father, and maybe one day, finding a cure. So do the ends justify the means?

After thinking long and hard about it, my short, reluctant answer is yes. I’m not going to stand here and try to stop a trend that is doing so much good. I’m also encouraged by an increase in the number of participants who I’ve seen at least mention ALS alongside their tweets and Facebook posts. I plan on participating myself, and I urge everyone reading this to join me. You can donate to ALS research here.

But at the same time, I can’t help but feel this challenge could have done so much more good if it were structured differently. Maybe people could dump ice water on friends who haven’t donated as goofy way of encouraging others to give, or dump water on themselves before promising to donate. Maybe helping ALS could at least have been presented as something other than a consolation prize.

Articles like this one, reductively titled “Stop hating on the ice bucket challenge — it’s raised millions of dollars for charity,” miss the point. In an age where hashtag activism and information-free awareness campaigns are becoming more and more common, we should be very conscious of how to make viral trends as useful as possible.

The Ice Bucket Challenge has done a lot of good. Let’s make sure the next one is even better. 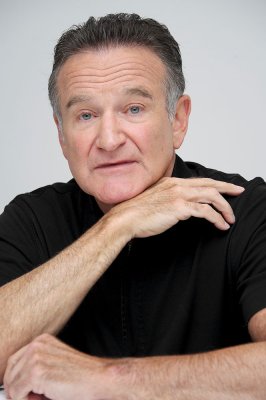 Robin Williams Won't Be the Last Suicidal Star
Next Up: Editor's Pick