Workers set a platform as they prepare for a special Korean reconciliation mass by Pope Francis at Gwanghwamun Square in Seoul on Aug. 12, 2014
Ahn Young-joon—AP
By Nash Jenkins

Around 10,000 South Korean Protestants gathered at a convention center near Seoul on Tuesday to protest Pope Francis’ upcoming trip to the country.

The demonstration, organized by fundamentalist Protestants who view Catholicism as blasphemous, underscores tension among some denominations in South Korea, where nearly 30% of the population is Christian.

Pope Francis arrives on Thursday — making the first papal visit to East Asia in a quarter of a century — and will remain in South Korea for four days, during which he intends to beatify 124 Korean Catholics killed by dynastic leaders in the 18th and 19th centuries and also celebrate Asian Youth Day, a massive convention for the continent’s young Catholics.

There had been hopes that the Pope would be able to preach unity on the Korean peninsula, however these fell flat after authorities in Pyongyang declined his request to visit North Korea. The Associated Press reports that he will nevertheless issue a “message of peace and reconciliation for all Koreans.” 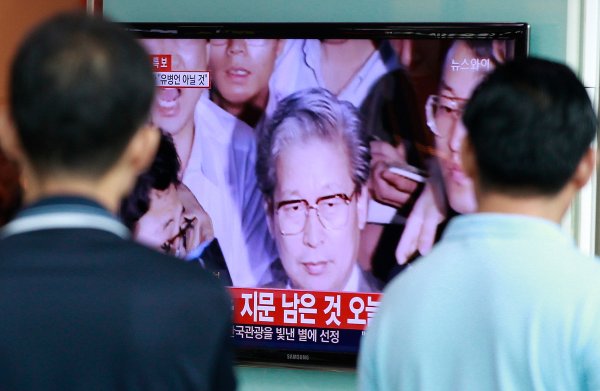