Robin Williams at "The Crazy Ones" Press Conference at the Four Seasons Hotel on Oct. 8, 2013 in Beverly Hills.
Vera Anderson—WireImage/Getty Images
By Dick Cavett

Robin Williams will not be the last cherished performer to be snatched from our midst by depression and suicide.

It’s a melancholy fact that what a musician friend calls “the real blues,” and Churchill called “the Black Dog,” seems to have a much too close affinity to a performer’s life. Depression seems to stalk the lively arts like Jack the Ripper, accompanied by depression’s hand-maiden, suicide.

No one I know claims to know why.

Is there something in the brain chemistry of the actor/performer that produces this woeful result?

I could fill this page and another with the names of famous and less so actors, comics, and musicians who live miserably — and die — in association with that demon of a hound.

And booze is the favored self-treatment. Not surprising, because you will feel a little better, for a bit — but it’s a costly temporary reprieve, since alcohol is a depressant of the central nervous system.

I guarantee you that thousands, hearing of Robin’s death, asked how he could do it when he had everything: fame, wealth, adulation, family love. And another supposed insulator against the worst of the blues, plenty of work. No combination of those adds up to insurance. And the hectic, nerve-wracking ups and downs of fortune in show business are, of course, a major factor for emotional disequilibrium.

You yourself may have thought, “How could he do this to his wife and kids?” Easy. Because what’s been called the worst agony devised for man doesn’t allow you to feel any emotion for kids, spouses, lovers, parents … even your beloved dog. And least of all for yourself.

I know Robin knew this. His death recalled a moment with him years ago in a small club. He came off stage after bringing a cheering audience to its feet. “Isn’t it funny how I can bring great happiness to all these people,” he said. “But not to myself.”

The non-actor has a major advantage because it’s harder to hide the symptoms. The actor knows how to act. To play having fun. Too often it’s “He was the life of the party that night. And then he went home and…”

Robin and I agreed once that it’s galling to hear — when you’re “in it” — the question: “What have you got to be depressed about?” The great British actor and comedian, Stephen Fry, a fellow-sufferer, replies “And what have you got to have asthma about?”

Robin, like his idol Jonathan Winters, must have had one of the world’s hardest talents with which to live and retain personal balance. Sitting next to him on my old PBS show was like sitting in the Macy’s barge next to the fireworks going off. He was at full, manic, comic frenzy for an hour without let-up. (We even improvised a short Shakespeare play together, with and without rhymed couplets.) I caught his manic energy. It was exhilarating. And exhausting.

When it ended, I was wet and spent. It took him a while to come (partially) down, and I thought, “Can this be good for anyone? Can you be able to do all these rapid-fire personality changes and emerge knowing who you yourself are?

But can any of us really see ourselves? I was unable to watch a show I did with Laurence Olivier while I was virtually blinded with depression. I told Marlon Brando I could never watch it, knowing I’d look dead, slow, and stupid. “Do me a favor,” he said. “Watch it.” I made myself watch. I looked fine. My eyes were bright and the silences I recalled were gone.

I called Brando and I asked him what explained that. “Automatic pilot. We all get by on it when the clouds roll in. Too bad they roll back in when the performance ends and you get back under the bed.”

This will not brighten the picture: I said to a brilliant psychopharmacologist recently that there must be a lot of progress and new medications since I suffered depression back in the ’70s. The answer: “No, we’re really not making much progress I’m afraid.”

Some day, will some chemical link be found between great, great performing talent and susceptibility to that awful conqueror of the talented performer?

Are the gods jealous? Do they cruelly envy the greatly gifted and, in the classic Greek manner, smite them low?

The somewhat grim answer: We’d better enjoy them while we can.

Cavett was the host of The Dick Cavett Show, which appeared on ABC, PBS and CNBC. He is the author of the forthcoming Brief Encounters: Conversations, Magic Moments, and Assorted Hijinks (Henry Holt and Co.). 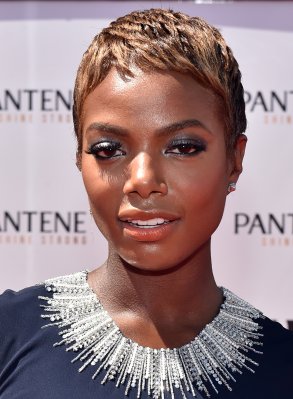 The Baby Rain Check
Next Up: Editor's Pick