Screen legend Lauren Bacall has died at the age of 89.

The Humphrey Bogart Estate tweeted at 7:55 p.m. ET on Tuesday: “With deep sorrow, yet with great gratitude for her amazing life, we confirm the passing of Lauren Bacall.”

Born Betty Joan Perske in the Bronx, New York City, Bacall first rose to prominence opposite Humphrey Bogart in To Have and Have Not in 1944 —which featured her famously saucy line, “You know how to whistle, don’t you, Steve? You just put your lips together and … blow” — setting off one of Hollywood’s most iconic romances. Bogart and Bacall would marry in 1945, when she was 20 and he was 45, and were paired in three more movies together: The Big Sleep, Dark Passage and Key Largo.

Bacall’s list of co-stars reads as a who’s who of the Golden Age of Hollywood: Marilyn Monroe in How to Marry a Millionaire, Gregory Peck in Designing Women, June Allyson in Woman’s World. Equally well known for her stage work, she won two Tony Awards for Best Leading Actress in a Musical: in 1970 for Applause, based on the Oscar-winning film All About Eve, and in 1981 for Woman of the Year. She remained active throughout into her old age, with notable appearances in 1990’s Misery, as James Caan’s agent, and 2003’s Dogville, alongside Nicole Kidman. She also made a cameo as herself on HBO’s The Sopranos, and recently lent her recognizably resonant voice as a guest star on an episode of Family Guy.

Bacall remained with Bogart until his death from cancer in 1957. They had two children together, Stephen and Leslie. She later married actor Jason Robards in 1961, but they divorced eight years later. They had one son together, the actor Sam Robards. 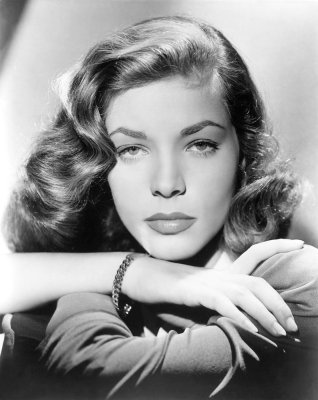 21 Gorgeous Photos of Lauren Bacall
Next Up: Editor's Pick