Top Mathematics Prize Awarded to a Woman for First Time

A female mathematician has won the most prestigious prize in math for the first time, a hugely symbolic breakthrough for gender equality in one of the most male-dominated areas of academic research.

Maryam Mirzakhani, 37, will be awarded the Fields Medal — widely considered math’s Nobel Prize, since there is no Nobel for mathematics — at a ceremony in Seoul on Wednesday morning. Born and raised in Iran, she has been a professor at Stanford University since 2008.

All the previous 52 winners of the Fields have been men since its inception in 1936, one of the most visible indicators that at its highest level math remains a predominantly male preserve.

Ingrid Daubechies, president of the International Mathematical Union (IMU), said that Mirzakhani’s success was “hugely symbolic and I hope it will encourage more women to get into mathematics because we need more women. I am very happy that now we can put to rest that particular ‘it has never happened before.’”

The Fields Medal is awarded every four years at the IMU’s International Mathematical Congress to two to four mathematicians aged under 40. The medal honors “outstanding mathematical achievement for existing work and for the promise of future achievement,” which is why there is an age limit.

Besides Mirzakhani, the other recipients will be Manjul Bhargava, Princeton professor who was born in Canada but raised in the U.S.; Artur Ávila from Brazil; and Martin Hairer from Austria.

As well as honoring a woman for the first time, this year’s Fields also reflect the rise of the developing world in producing top mathematicians, even if they are working at universities in the West.

Ávila, who works in Paris, is the first winner from South America and Mirzakhani the first from the Middle East.

Yet it is the emergence of a female winner that is likely to cause the most discussion in math and science circles. Even though the percentage of math majors who are women is now approaching parity with men in the U.S., women make up less than 10% of full math professors at the top 100 universities in the U.S., according to Stephen Ceci and Wendy Williams, both Cornell University professors, in their book The Mathematics of Sex.

Daubechies, who is the first female president of the IMU, said that there have been excellent female mathematicians before but often they have not done their strongest work before age 40.

“I am of course chuffed that the first female Fields medalist has happened when I am president, but I think it is coincidence. I did not set it out as an agenda point. It would have been completely inappropriate to do that.”

Each Fields Medal comes with a citation, which can be hard to understand for those with no mathematical grounding — and even those with one, since the frontiers of math are such abstract places.

Daubechies added: “At the IMU we believe that mathematical talent is spread randomly and uniformly over the Earth — it is just opportunity that is not. We hope very much that by making more opportunities available — for women, or people from developing countries — we will see more of them at the very top, not just in the rank and file.” 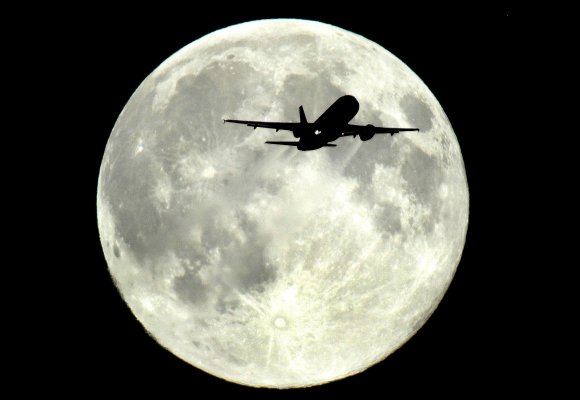 What the 'Supermoon' Looked Like Around the World
Next Up: Editor's Pick