Robin Williams, who died Monday at age 63, opened up about his struggles with addiction and depression on Marc Maron’s WTF Podcast in April of 2010. Following the news of Williams’ passing, Maron once again shared his interview with the comic legend — an interview he said “changed many people’s perception of Robin Williams.”

“What was amazing about Robin Williams is that he has this sort of electric, shining piece of humanity, whose entire life on stage was to entertain thoroughly and with a type of presence that nobody has ever seen before,” Maron said in an emotional new introduction to the interview. “There’s nobody who wasn’t touched by it.”

During the conversation, Williams spoke about his alcoholism and his relapse in the mid-2000s.

“I think it’s trying to fill the hole,” Williams said. “It’s fear, and you’re kind of going, what am I doing in my career? And you start thinking, you know what would be great at this point? Rehab! But it’s the idea of, you bottom out … Where do you go next? What am I doing? Rather than go, okay, this will pass, you go, this’ll pass quicker.”

But Williams offered some hope for battling that fear: “Going on stage is the one salvation.”

You can listen to and download the podcast here. 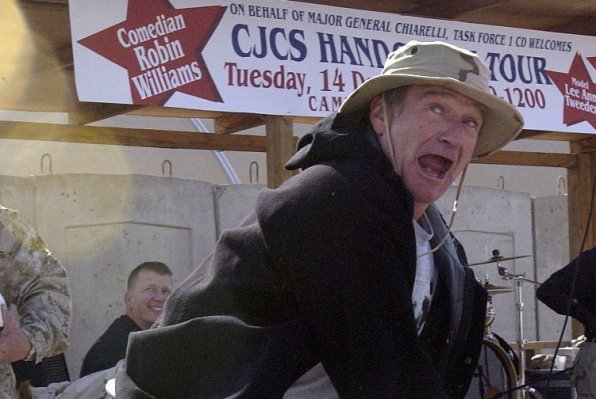 The U.S. Military Loved Robin Williams
Next Up: Editor's Pick