“The transaction in which Steve Ballmer purchased the Los Angeles Clippers closed today following the entry of an order by a California court confirming the authority of Shelly Sterling, on behalf of the Sterling Family Trust, to sell the team,” the NBA said in a brief statement.

In an effort to block the sale of the Clippers, Donald Sterling had challenged his wife Shelley Sterling’s authority to transfer ownership of the team. But that argument was struck down in court, clearing the way for Tuesday’s transaction.

Donald Sterling was banned from the NBA for life after TMZ leaked recordings of a private conversation in which he is heard urging his girlfriend at the time to avoid associations with black people.

The Los Angeles Times reports that NBA also filed a counterclaim against Sterling and the Sterling Family Trust on Monday, demanding compensation for the “incalculable harm” the controversy has caused to the league as well as the legal costs of the subsequent investigation into Sterling’s conduct. 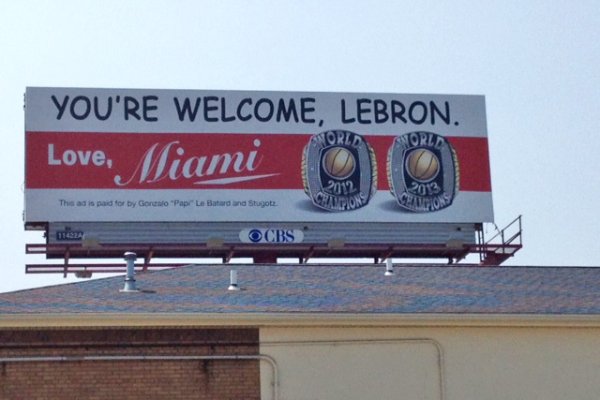 ESPN Suspends Radio Host For His LeBron James-Trolling Billboard
Next Up: Editor's Pick