Can Social Media Ease the Shame of Being a Domestic Violence Victim?

Warning: This article contains graphic images and descriptions of violence.

Mack posted a statement and pictures of herself bruised and swollen in the hospital on Twitter Monday night:

“I have no recollection of how many times I was hit, I just know my injuries that resulted from my beating,” Mack said. “My injuries include 18 broken bones around my eyes, my nose is broken in 2 places, I am missing teeth and several more are broken.”

The couple has shared details about their relationship on Twitter before. In tweets from November that have since been deleted, Mack said that the fighter had “full on beat the s–t out of me, couldn’t show my face in public beating.” Koppenhaver was arrested in 2009 on felony domestic violence charges.

This incident comes shortly after the NFL drew criticism for suspending Baltimore Ravens running back Ray Rice for only two games after he was arrested for allegedly beating his then-fiancée, who is now his wife. News of Rice’s alleged domestic violence broke when a horrifying video that depicted the football player dragging his unconscious fiancée out of an elevator in Atlantic City was posted by TMZ and spread through social media. Rice’s wife, Janay Palmer, did not post the video and the two have since reconciled.

Social media—and Twitter especially—are becoming a platform to bring to light issues that have long been kept under wraps. Women and men previously ashamed to tell their stories of domestic violence or rape have used social media to share what happened to them with other survivors or shame their perpetrators.

In March, a spontaneous conversation about sexual assault bubbled up on Twitter with the hashtag #RapeHasNoUniform. Survivors posted descriptions of what they were wearing when they were raped—a school uniform, jeans and a hoodie, a sundress, Barney pajamas—in order to combat the notion that women ask to be abused by dressing a certain way.

The women who tell their stories received messages of love and support. But they also exposed themselves to slut shaming. “Look at all the damaged goods,” one person tweeted using the hashtag. Christy Mack has received a similar response: Some have rallied behind her, others have leveraged her porn-star status against her. “Degenerate lifestyles have bad consequences” one Twitter user replied. Others accused her of cheating and thus deserving to be hit.

Using Twitter to expose and discuss domestic violence can shed light on these long-hidden issues, but it can also have dire consequences, experts say. Ruth Glenn, who heads the National Coalition Against Domestic Violence, has noticed a recent increase in the number of victims—not just celebrities—talking about their experiences on social media. “On one hand, for centuries violence has been perpetrated against women, and it hasn’t been necessarily visible to the general public. So the public is getting an opportunity now to see what does happen behind closed doors,” she says. “On the other hand, I do believe it desensitizes us after awhile. And I would hope that anyone who is experiencing violence would be careful because it does expose them to anything from victim-blaming to escalation of violence from their perpetrator.” 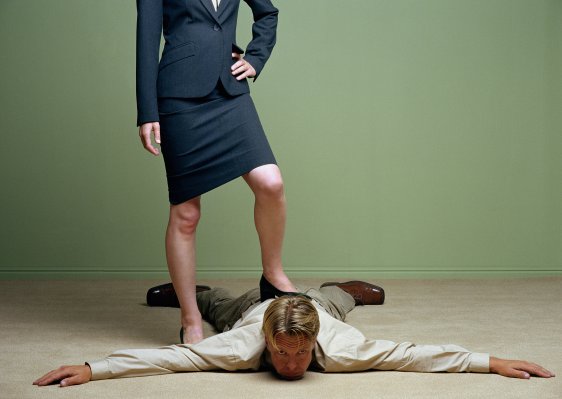