Electronic cigarettes are a more popular tool for smokers trying to quit than nicotine gums and patches, according to a new study of consumer behavior from Kantar Media. As e-cigarettes have exploded from niche product to $2 billion-plus industry, big tobacco isn’t the only industry facing disruption. E-cigarettes are shaking up the pharmaceutical business too.

Of the adults who used a product to help them quit smoking in the past 12 months, 57% chose e-cigarettes, compared with 39% who used a prescription drug like Chantix and 39% who used other over-the-counter methods including nicotine gum and patches, according to the study. The study’s results are based on more than 20,000 responses to a questionnaire about health-related behavior mailed to a random sample of about 50,000 American households. The results do not show whether or not e-cigarettes are effective at helping people quit — just that people are trying them.

E-cigarette makers are legally prohibited from making claims that their products can help smokers quit. Among scientists, the question of whether or not e-cigs can really help smokers quit remains unanswered. A highly publicized study of almost 6,000 smokers trying to quit in England, published in the journal Addiction in May, showed that they were more likely to successfully quit if they used e-cigarettes than products like nicotine patches and gum. But the quit rate, while better than other options, was still relatively low — and this was among a group of smokers highly motivated to quit. The health effects of electronic cigarettes are also largely unknown.

But the Kantar Media study results show that right now, for smokers, the science on e-cigs may not matter. “The fact that there isn’t industry-wide, definitive proof that e-cigs help all smokers quit for good may be irrelevant to smokers,” reads Kantar Media’s summary of the findings. And, whether or not the science supports it, e-cigarettes make their users feel better about their health. E-cigarette users are 35% more likely than all adults to say their current health is much or somewhat better than it was a year ago, according to the study. Cigarette smokers were, unsurprisingly, less likely than most adults to think their health had improved. Interestingly, e-cig users were more likely to report feeling healthier than were people using other smoking-cessation methods.

The study also offers a window into the typical e-cigarette consumer. According to the study, almost 6 million adults in the U.S. use e-cigs, compared with the 44 million who use a tobacco or nicotine product (including cigarettes). E-cig users tend to be young and male and have lower household incomes than the national average and are more likely than other adults to play video games and poker, more likely to watch reality TV, and go to bars and nightclubs. E-cig users are also more likely to live in the South. In the region including Alabama, Kentucky, Mississippi and Tennessee, the ratio of electronic-cigarette users to traditional cigarette smokers is nearly 2 to 1, according to the study.

In light of the demographic findings, it maybe isn’t surprising that so many e-cigarette users prefer them to other methods of quitting. For young guys having fun, it’s more fun to “vape” than to do nothing at all. 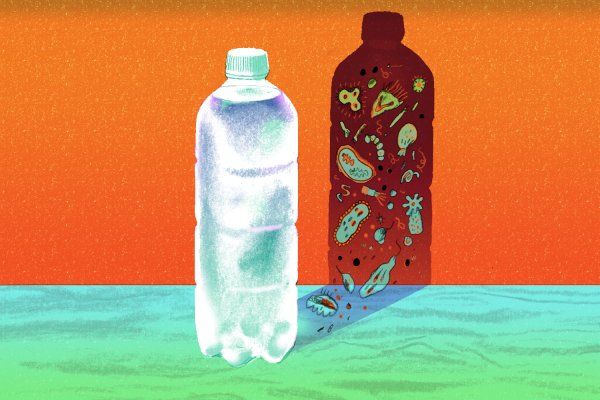 You Asked: Can Water Go Bad?
Next Up: Editor's Pick