The Government Is Trying To Explain Bitcoin to Normal People

An independent government agency issued an exhaustive warning Monday about the risks of virtual currencies like bitcoin in an attempt to explain cryptocurrencies to the uninitiated.

The 6-page walkthrough from the U.S. Consumer Financial Protection Bureau outlined several of bitcoin’s potential dangers, including vulnerability to hackers, limited security, excessive costs and scams. It also announced a system that accepts virtual currency complaints. Though virtual currencies have become increasingly integrated into society, with states, companies, political organizations and even schools approving their use, the Internal Revenue Service has not granted it legal tender status in any U.S. jurisdiction.

“Virtual currencies are not backed by any government or central bank, and at this point consumers are stepping into the Wild West when they engage in the market,” CFPB Director Richard Cordray said in the statement.

Bitcoin risks, the CFPB said, include hackers who steal users’ private keys—the password to your digital wallet—using viruses and other malware. Unlike banks or credit unions, in which deposits are protected by federal agencies in case of failure, bitcoin isn’t insured by any government agency. If you lose your bitcoin stash, then “you are own your own,” the CFPB warns, and “there is no other party to help you.” Some digital wallet companies promise reimbursements for fraudulent transactions, but if there’s a widespread fraud event, it would probably be hard for most of these firms to come through on that promise. So what’s a bitcoin user to do?

The report also tries to clarify bitcoin ATMs, which the CFPB points out don’t actually spew out bitcoin. Rather, the ATMs allow you to insert cash to be transferred into bitcoin to be moved into your digital wallet. The ATMs’ transaction fees may run as high as 7% and exchange fees $50 more than what you’d get elsewhere — and perhaps even more given bitcoin’s high volatility, the warning said.

The CFPB additionally warned customers of scams enticing users to invest bitcoin on the promise of high interest rates and no risk. In actuality, their bitcoin may be funneled into something else entirely, like someone’s food, shopping and gambling habits. The U.S. Securities and Exchange Commission previously warned of these so-called Ponzi schemes involving virtual currencies, and noted that such “fraudsters are not beyond the reach of the SEC just because they use bitcoin or another virtual currency.” And while the SEC’s authority provides some comfort, there’s generally few safeguards for average folks who step into the so-called Wild West without their guns and bugles.

Moral of the story? Using bitcoin may have its benefits, but don’t let it be your fool’s gold. Because “if it’s too good to be true,” the report said, “it just may be.” 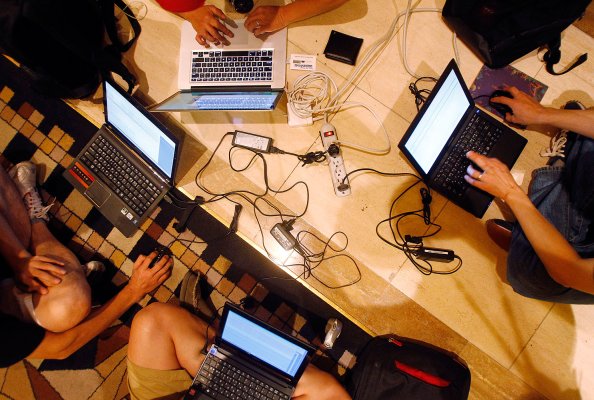 Feds Team Up With Hackers to Stop Robocalls
Next Up: Editor's Pick