Why Robin Williams Was a Millennial Hero

Robin Williams in Hook in 1991.
TriStar Pictures
By Megan Gibson

It might seem ridiculous for a generation to claim a universally loved celebrity as their own, but if there was ever a Millennial hero, it was Robin Williams.

The news that Williams had died, at the age of 63, hit the world like a shockwave yesterday. For many older Millennials, like me, who grew up in the ’80s and ’90s, the loss strikes as a particularly hard blow. Williams’ career spanned five decades, but his best films, many of which were for kids, were released when we were kids. As a result, his work became entwined with our childhoods — and how we felt about comedy and art and divorce and growing up — in a way that’s evident now with the overwhelming outpouring of love for him.

I was born in 1984 and, sadly, missed out on the staggeringly popular Mork and Mindy. No matter: my earliest experience with Robin Williams was Aladdin at the age of eight and it was wonderful. I didn’t know enough about Williams at that age to recognize his particular style of comedy at the time; all I knew is that I adored the Genie. It was the first Disney movie I properly loved. My sister and I watched it over and over and quoted it constantly (a particularly annoying Millennial habit, I know). It was my first taste of Robin Williams, but it was only the beginning.

A year later, Mrs. Doubtfire was released, which saw Williams playing a divorced dad who poses as an elderly woman nanny so that he can spend more time with his children. It is insane, but Williams embraces the role so fully, with such sincerity and devotion, that it’s no wonder it’s routinely included amongst his best work. But what made the movie so important to me — and the kids of my generation — was that in spite of how over-the-top the scenario was, Williams didn’t oversell it. Just because it was a children’s movie didn’t mean he wasn’t going to put his best comedy chops into it. Having rewatched it for the first time in years just a few months ago, I can honestly say that it is just as funny now as it was back in 1993.

Beyond the laughs, for kids with divorced parents locked in an ongoing custody battle — kids like me, that is— Mrs. Doubtfire was a real comfort, without being after-school-special cheesey. Don’t get me wrong: there was heart in it. But it was a movie with a message that didn’t look or feel like a movie with a message. It feels almost corny to say this now but at the time I needed reassurance that no matter how ugly the divorce was, my parents had nothing but love for me. Williams, who never panders to his onscreen kids or the kids in the audience, seemed to get it, and that was a rare thing.

Throughout the ’90s, Williams took on roles in kids’ movies that have stuck in our minds and culture: Peter in Hook; Alan Parrish in Jumanji; Professor Philip Brainard in Flubber; Andrew Martin in Bicentennial Man. Williams embraced roles in family movies unlike almost any other actor I can think of and in turn, we embraced his films. To this day my husband— also Millennial, though a British one— still raves about how much he loves Hook. (Not loved. Loves.)

Obviously not all of his films carried the emotional weight that Mrs. Doubtfire did for me, but there was always something that deeply resonated. The 1996 film Jack — wherein Williams plays a 10-year-old boy with a genetic disorder that makes his body age very quickly — was widely panned by critics. Yet it was one of the movies that struck a chord with my best friend, who sobbed so hard while watching the VHS tape that her mother had to turn it off. But it stayed with her. Last night, nearly 20 years after she first saw the movie, my best friend sent me a text in the middle of the night that simply said, “Thinking of the movie Jack.”

But it wasn’t just the kids’ movies that we Millennials adored. I first saw both 1997’s Good Will Hunting and 1989’s Dead Poets Society around the same time, just when I was about to start high school. I was just entering my angsty, teenage years and the last thing I was susceptible to was an idealist mentor-type, even if it was played by a beloved actor. But Williams’ Dr. Sean Maguire, a counselor who becomes a father-figure to the troubled title character in Good Will Hunting, punctured even my teenage gloom. He wasn’t jokey, he wasn’t zany, he wasn’t any of the things I had come to associate with Robin Williams, but his warmth was wholly recognizable and I was in awe.

And then there’s Dead Poets Society, one of the ultimate teenage movies and Millennials just lucked out that it was available by the time we were coming of age. Though I was only five when Poets hit theaters, the film enjoyed cult status among kids throughout the ’90s. The movie’s plot, which centers on a conservative boys school where a radical teacher works against the system to inspire his students, is hardly original and I knew that even back then. But the zeal and honesty that Williams poured into John Keating almost single-handedly elevated the movie from a cliché to an actual inspiration. Like any teenager, I was a bit disillusioned by school in general, but books and learning and truth were still things that could lure me and Williams’ Keating made a great case for them.

To this day, I still can’t resist Williams’ line, “But poetry, beauty, romance, love, these are what we stay alive for.”

Yet even with the years of cinematic evidence, I didn’t quite realize how much of an influence Williams had on my generation until today. When I woke up this morning, every single Facebook status in my News Feed and every single trending topic on Twitter— two clear indicators of Millennial mindsets — were related to Williams. Everyone seemed to have their own personal memory about watching his films growing up. He was the teacher we always wanted, the baby-sitter we would have loved, the best friend who knew exactly how to make us laugh.

It feels like I have always known that Robin Williams was an amazing actor, but I never understood just how amazing. Because looking back on it, I realize that his best roles didn’t define him — they helped define us. 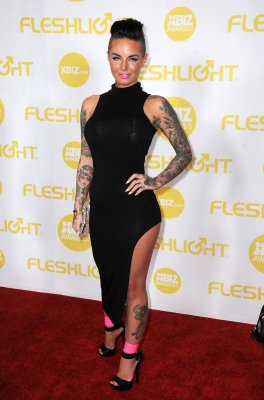 Can Social Media Ease the Shame of Being a Domestic Violence Victim?
Next Up: Editor's Pick